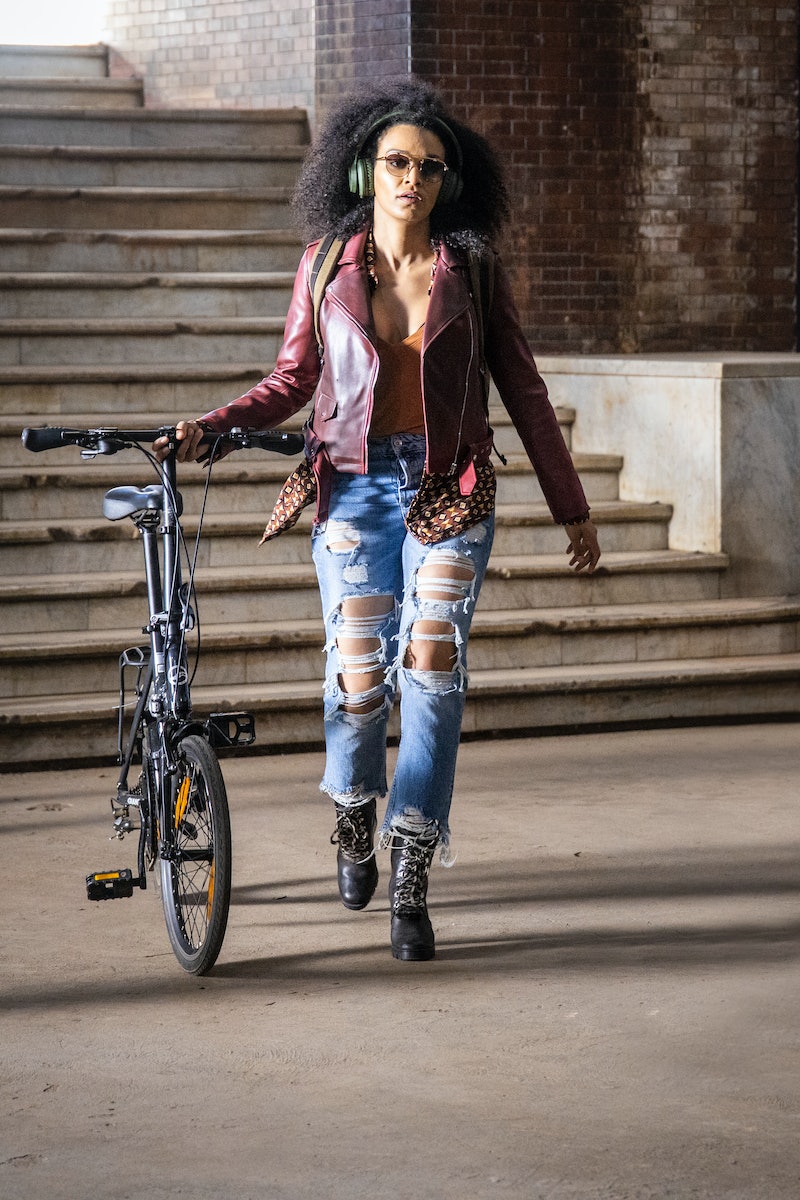 Africa's first ever Netflix original drops on Friday, Feb. 28, but it's too soon to tell whether Queen Sono will return for Season 2. The series was first announced in December 2018, per Variety, and there's plenty of buzz surrounding its premiere. "[Queen Sono is] going to change the game for every artist on this continent," Pearl Thusi, who plays the titular character, told Variety. So regardless of whether it's renewed for more seasons or not, Netflix has has already revolutionized African entertainment with Queen Sono.

Update: Queen Sono has been renewed for Season 2, according to Deadline.

Earlier: But although the Thusi-led series is technically their first African original, it's important to note that Netflix South Africa acquired Shadow, per a Variety article, which was released in March 2019 as a network original. Other upcoming shows include Mama K's Team 4 — an animated series which takes place in Zambia — and the South African teen drama Blood & Water, which is set to premiere in 2020, Variety reported. So understandably, many Netflix subscribers — especially those in Africa — are waiting for Queen Sono's release with bated breath.

"Obviously it's always great when massive institutions like Netflix are interested in working in Africa and try to get those stories and empower creative individuals," Nigerian filmmaker Chuku Esiri told the German site Deutsche Welle (DW). "I think [Queen Sono is] a great start, and I hope it spreads from South Africa to the other countries on the continent."

According to a cover story Thusi did with Cosmopolitan South Africa, Queen Sono was inspired by a conversation between herself and Kagiso Lediga, with whom she'd worked on his 2018 film, Catching Feelings. Thusi expressed her desire to see more black women in action roles and showed him clips of her doing stunt scenes (in addition to roles in South Africa, Thusi played Dayana Mampasi in Quantico). This was enough to convince Lediga, who serves as creator and co-director of Queen Sono alongside Tebogo Malope.

The series follows Thusi's character as an undercover agent trying to avenge her mother's death. However, Queen is something of a loose cannon, which can work both for and against her. "She's kind of like an anti-hero." Thusi told Entertainment Weekly. "[Queen is] trying to live according to her own rules, so she bends the rules where she can and live on the edge."

But the most important aspect of Queen Sono is the ability for Africans to control the narrative, Thusi told EW, "because we're tired of seeing...just struggle stories." She continued, saying, "Because of the layers and the specific window people have chosen to look through to view the African continent, the same message is being sent over and over again," which "has not been very empowering for African people."

For that reason, Queen Sono is revolutionary — not just because it's Africa's first Netflix original, but that it's also about a powerful black woman. "This is what an African woman can be," Thusi told Essence. "This is what she can look like. This is what she can represent. You can either be excited for me or fear me, because I am coming for everything."

More like this
The First Clip From Netflix’s Queen Charlotte ‘Bridgerton’ Prequel
By Bustle Editors
Here's What Jeffrey Dahmer's Dad Has Said About His Other Son, David
By Grace Wehniainen
Where Is Lionel Dahmer Today? Jeffrey Dahmer’s Father Reflected On The Serial Killer’s Death In 2020
By Brad Witter
Glenda Cleveland Died 2 Decades After Trying To Turn In Neighbor Jeffrey Dahmer
By Brad Witter
Get Even More From Bustle — Sign Up For The Newsletter