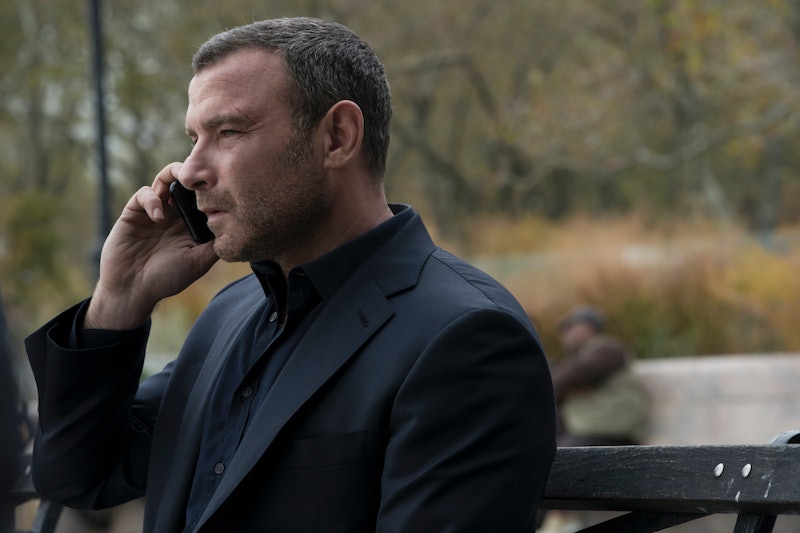 OK, so, there's good news and bad news about Ray Donovan Season 8. The good news is that a renewal for Season 8 is likely just around the corner. The bad news is that it could be the very last season of the show.

Update: According to The Hollywood Reporter, Ray Donovan has been canceled after seven seasons.

Earlier: Showtime's co-president of entertainment, Gary Levine, told Deadline the premium network plans to make a decision about Ray Donovan's future "in the next few weeks," after its Season 7 finale on Jan. 19. Levine made it sound like Season 8 is likely to happen, but anything beyond that may not. "I think Ray Donovan is nearing the end of its run," Levine said. "We always talked about seven or eight seasons. Nothing has been decided yet but it's fair to say it is nearing the end."

"Nearing" is the operative word here, because that would suggest that the currently airing Season 7 won't be the end, but that it may not stretch on past a Season 8 renewal. As Deadline noted, that would be on par with how the show's recent drama has been building. Ray Donovan has always been a "fixer" who somehow isn't able to do the same for his own life, and now things are crashing down around him more than ever. The show seems to be begging for some kind of resolution, just because a premise like this can really only go on for so long before getting stale.

Viewers seem to agree, as ratings have slipped consistently season to season, according to TV Series Finale. Season 7 is down about 4% in viewership compared to Season 6, which may not sound like much until you consider that it's down about half a million viewers since its first season, which aired in 2013. Still, Ray Donovan remains Showtime's second-most watched show behind Homeland, putting it ahead of heavy hitters like Shameless and Billions. Because of that, it makes sense that Showtime would want to give it a season to wrap things up in a satisfying way for the around a million people who still tune in every week.

Although early seasons of Ray Donovan tended to premiere in the summer, the past couple have aired in late fall. Deadline reported that a Season 8 will likely follow the late fall pattern. That means viewers could potentially see the final season air around October or November 2020. Because Showtime plans to make a decision in the next few weeks, at least fans will know the show's fate sooner rather than later. But everything's pointing to the ending being close.

This article was originally published on Jan. 19, 2020