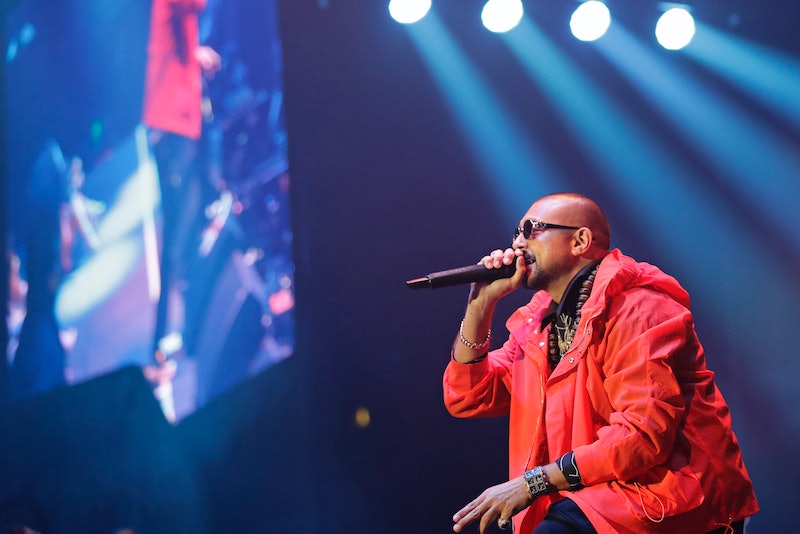 No party playlist is complete without a track or two from legendary rapper Sean Paul. If you're not screaming "I got the right temperature to shelter you from the storm" at the top of your lungs with your pals at 1 a.m. then honestly why even throw a party in the first place? And, as if we weren't already jealous enough, now news has broken that the Love Island villa in South Africa will get their very own private Sean Paul concert. If you want in, here's what we know about whether Sean Paul will tour the UK in 2020.

The good news is that Paul is performing in the UK this year. The bad news? We'll have to wait until summer to see him. As The List reports, Sean Paul will be headlining Strawberries & Creem Festival in Cambridge on June 20. Tickets are still available for the one-day event, so snap them up while you can.

In the meantime, it appears the only show the performer has got in his calendar (aside from his South African set) is one in Orlando, Florida. Hardcore stans with plenty of cash still have time to buy plane tickets, but for the rest of us, we'll just have to wait and see. I have reached out to Paul's UK rep to see if there's any news on the horizon. Watch this space.

Paul's appearance on Love Island follows the highly successful and nostalgia-inducing performance from Craig David on last year's series. There was a huge buzz around the episode last year, with memes flooding the internet instantly. The set famously made former contestant Anton Danyluk cry. (Which was totally understandable under the circumstances. It's Craig David for crying out loud.)

After all the tears – both happy and sad – on last night's dramatic Casa Amor recoupling episode, let's hope Paul's performance can bring a few smiles to the villa. Lord knows they need them. (Stay strong, Shaughna!)

More like this
Ekin-Su & Davide’s ITV Travel Show Finally Has A Name
By El Hunt and Sophie McEvoy
Molly-Mae & Tommy Fury Shared The Cutest Gender Reveal Video
By Sophie McEvoy and Sam Ramsden
Wait, Is Maya Jama Confirmed To Host 'Love Island'?
By Sophie McEvoy
What Exactly Is The Bish & Chips Show?
By Frances Stewart
Get The Very Best Of Bustle/UK