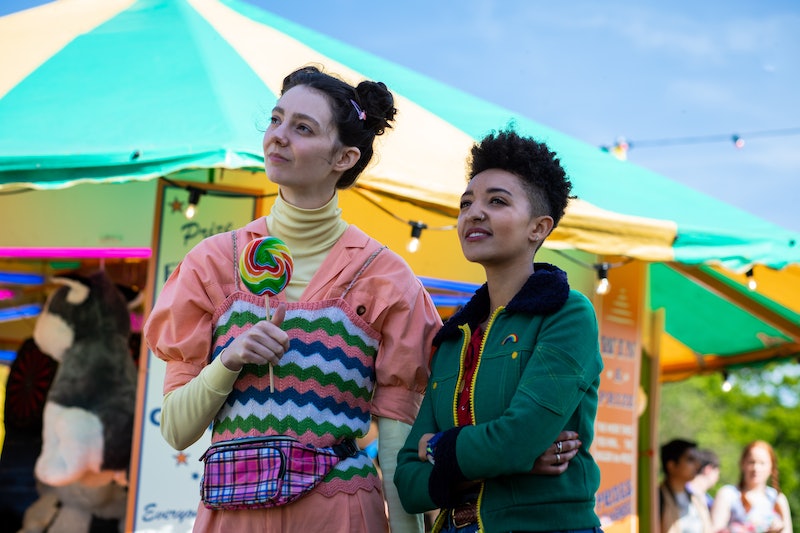 Although Otis (Asa Butterfield) and his awkward, sexually active classmates are back for round two on Friday, Jan. 17, there's no news on whether Sex Education will return for Season 3. That said, the comedy premiered in January 2019 and was renewed for Season 2 a month later, per Deadline. So provided Netflix decides it's profitable for them to make a third season, audiences can reasonably expect it in January 2021.

Update: Sex Education has been renewed for Season 3, per The Hollywood Reporter.

As for this season of Sex Education, things seem just as awkward this time around. The trailer shows Otis and Maeve (Emma Mackey) on the outs and his sex therapist mom still dating the Swedish plumber. And oh yeah, his mom decides to come give a sex talk to his entire school? Love that for him. In addition to running the sex clinic, Otis is still on his journey to sexual discovery. "As much as [Otis] is in his own head all the time, this season gives it a bit more perspective on the wider scope of things," Butterfield told Teen Vogue during a set visit.

But while he and Maeve may not be speaking, that may actually turn out to be a good thing for her. "[Maeve is] just owning her narrative in season two and I'm just really happy for her," Mackey told Teen Vogue. "I remember all of the people asking, 'What do you hope for Maeve in Season 2?' I was like, 'I just hope she signs up the Aptitude Scheme and spends the time with Aimee.' That's exactly what she's doing."

This season, there are also some new students at Moordale: Eric (Ncuti Gatwa) will finally get a love interest in the form of a hot French student named Rahim (Sami Outalbali). But it seems like he's not the only one vying for his affections. "He's completely tormenting two guys and I just thought this is just so funny that this is happening to Eric," Gatwa told Teen Vogue. "I was like, Eric…Is he a heartthrob now? How do I play this?"

Other new characters include Chinenye Ezeudu, who's playing a new girl named Viv. A wheelchair user named Isaac (George Robinson) rounds out the cast as one of Maeve's new neighbors. The actor told the site HeyUGuys that Isaac is "just a bit of a trouble maker. He sort of mills around, messing with people, telling people weird stories about how he got his injury. Very rarely does he actually say anything with a straight face — sort of similar to myself." He also — spoiler alert — manages to come between Otis and Maeve.

This article was originally published on Jan. 10, 2020