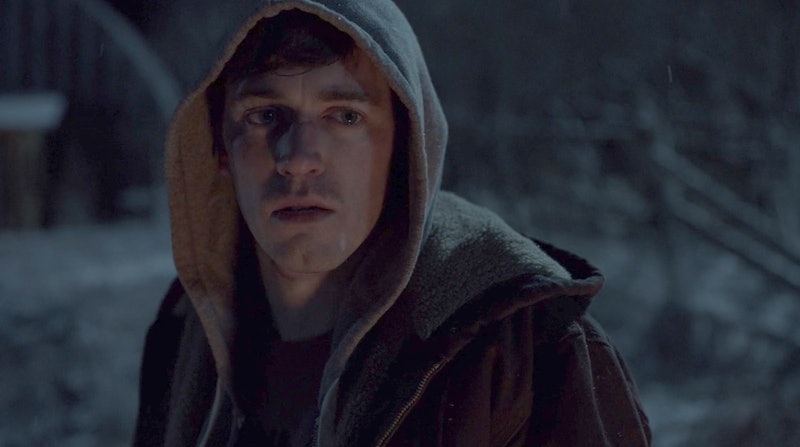 Netflix's Slasher debuted its second season on Oct. 17, and it's a high point in what's been a somewhat uncertain road for the horror anthology. The next step will be determining whether or not Slasher will return for a third season. This latest season's arc focuses on a terrifying secret kept by a group of former camp counselors who must return to their old camp, which is now a commune cut off from society. It's a unique twist on the old summer camp horror trope, and it's sucking audiences in. Fans are already all over Twitter expressing their excitement for the new episodes, and reviews so far have been favorable.

For now, the prognosis is unclear, as much of the show's future typically has been. The Canadian-produced series began its run as an original series on the Chiller network, known for its creepy flicks, but Chiller confirmed to Playback Online that it wouldn't return to the network after its first season. Netflix not only obtained rights to the first season that aired on the previous network, but also picked up the new season, and now has its fate in its hands. Given the recent release of the second season, there's not much viewership data or ratings to review yet — Netflix will surely be analyzing that in the weeks and months to come, though, as of now, Netflix does not release that information to the public.

Slasher has many things working in its favor, though, that would make it likely to be picked up again. The timing of its premiere is probably not an accident — it's just a few weeks before Halloween, and it'll likely pick up extra viewership for people looking to get their spooks in ahead of the holiday. It's also part of what seems to be an upswing in teen horror & mystery shows that have been emerging these past few years.

Hulu's Freakish, the CW's Riverdale and Netflix's Stranger Things have all been well received. Even shows not necessarily focused on young people, but on general horror and sci-fi itself — like American Horror Story and Black Mirror, to an extent — have seen wild mainstream success. They keep viewers guessing, always trying to piece together clues and hints to get to the root of the puzzle — even though it's usually in vain. Lovell Adams-Gray, who plays Peter in the second season of the anthology, entitled Guilty Party, told PureFandom.com he thinks that helps draw viewers in.

Slasher also makes a point to have a diverse cast, something that can draw more viewers in. Horror is for everyone, after all, and viewers like to become invested in the stories of characters who are similar to themselves.

"I think it is probably one of the most important things in today’s age to not only have diverse casting in terms of race but diverse casting in terms of sexual orientation, in terms of ability," Adams-Gray told the site in the same interview. "I think that’s the way the world is shifting. I think the most important thing is to be in front of that and to helm that. Something like Slasher, that everyone can get behind and is a horror series, everyone loves a horror series. I think to be at the forefront of that and to have such diverse cast, who are all talented people at the end of the day, it’s something that’s phenomenal."

Though we'll have to wait a while for solid answers, given the noticeable trends in today's television landscape, it wouldn't be surprising at all to see Slasher come back to keep audiences' blood pressure up for at least one more season.