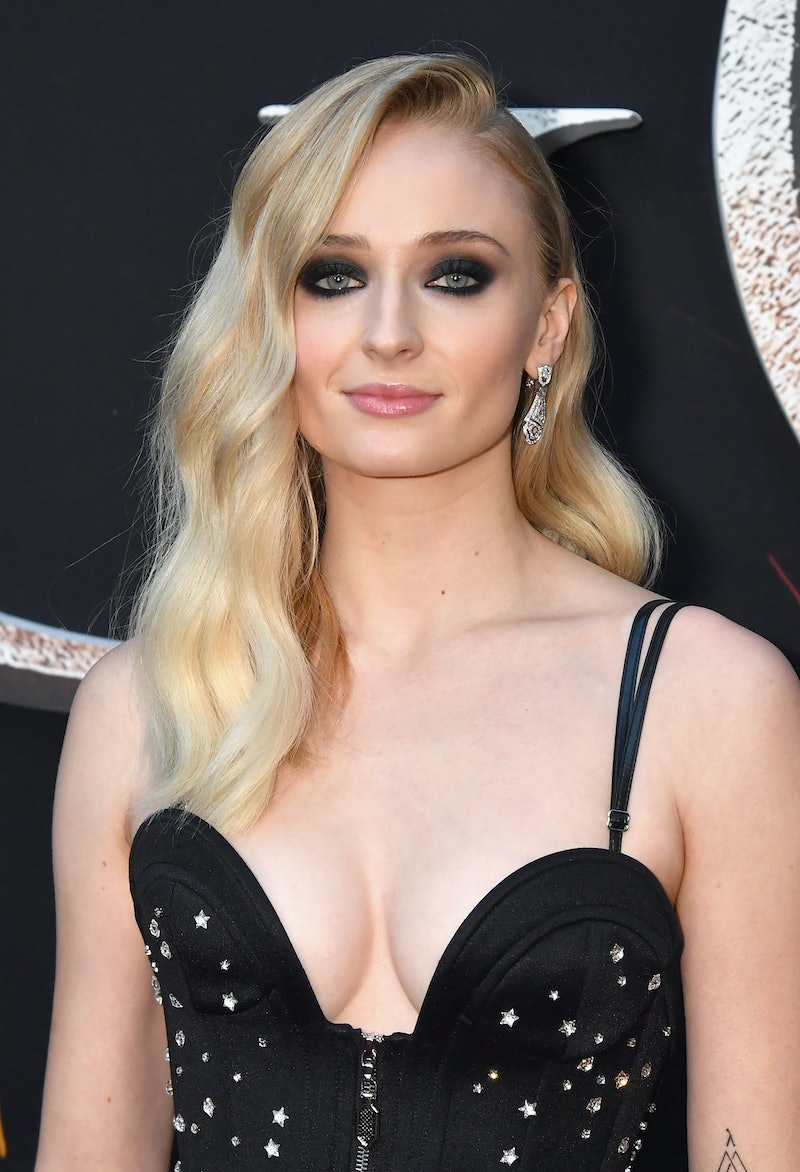 Soon enough, all kinds of talented artists from the music industry will gather in one place to celebrate their craft at the 2019 Billboard Music Awards. Some Game of Thrones fans might even be wondering if Sophie Turner will be at the Billboard Music Awards. Seeing as her fiancée, Joe Jonas, is performing with his brothers and their group, the Jonas Brothers, one might expect her to be present. First of all, yes, Turner will be in attendance, but not only because the Jonas Brothers will be taking the stage together for the first time in almost 10 years. Actually, Turner has an important role to fulfill at the BBMAs.

As reported by E! News on April 30, Turner will be presenting at the BBMAs. According to UPI, the 23-year-old won't be on stage alone, but will be alongside her Dark Phoenix costar Tye Sheridan, who plays Scott Summers/Cyclops in the X-Men film. It's unclear what Turner and Sheridan are presenting.

The HBO star will definitely be in her element, too. First of all, she knows what it's like to be in a music video. In 2014, Turner was the star of Bastille's "Oblivion" video. If that isn't enough, alongside Priyanka Chopra and Danielle Jonas, Nick and Kevin Jonas' respective spouses, Turner starred in "Sucker," the Jonas Brothers' 2019 music video.

Plus, apparently, the X-Men: Apocalypse actor also has a good ear for music. When the Jonas Brothers served as Billboard's cover stars for its special Billboard Music Awards issue, Nick revealed that Chopra and Turner somewhat served as consultants for the Jonas Brothers new music. He said, "Priyanka and Sophie love pop music and listen to Spotify’s Today's Top Hits or Apple Music all the time. So they were a really good gauge, like, 'Does this sound good?'"

Based on Nick's comment, Turner will probably love listening to the current top artists perform live. And knowing the actor, she'll most likely have a great time at the music awards. First of all, she and Joe always have fun together at special events, just like when they attended the GoT Season 8 premiere as a couple.

And let's keep those fingers crossed for some amazing moments from Turner in the audience, you know, similar to that time she chugged wine at a hockey game. If you haven't yet, go ahead and watch the epic video below, which she shared on Instagram on March 19 and captioned, "Send it for the starks."

The video was captured at a New York Rangers hockey game in March, in which Turner was put on full display on the jumbotron. Rather than trying to hide her face, she embraced the cameras, dabbed a couple of times, and then downed her entire glass of red wine while all eyes were on her. She's truly amazing.

More than likely, Turner will once again solidify her legend status at the BBMAs, so you'll definitely want to tune into the awards show when it airs on Wednesday night, May 1.