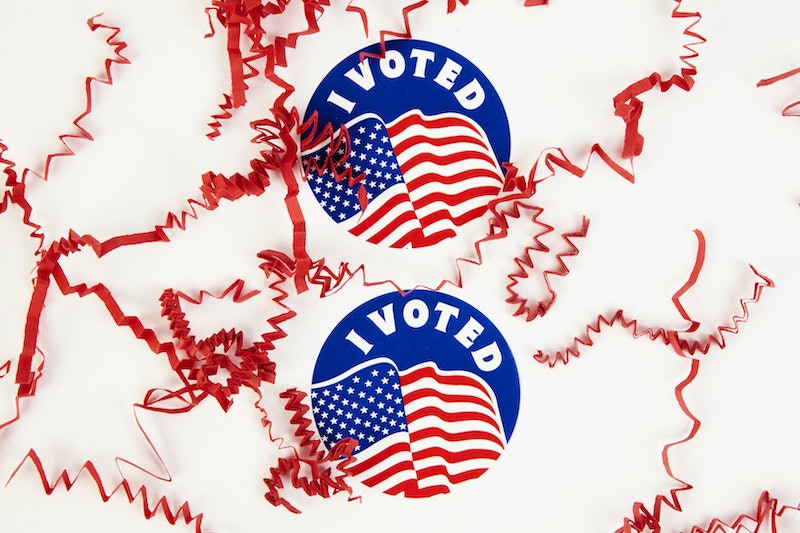 Nearly two years after the 2016 election, it feels like everybody is still talking about it. From its results, to the Electoral College, to the various investigations into foreign interference and whether it affected the results in any way — you get the picture. This year's midterms mark the first election cycle since then, so it’s natural to wonder if this these elections will be just as messy. Between President Trump's debunked claims of voter fraud and all the evidence of Russian interference in the 2016 election that has come to light, how can you be sure that the results of this year’s elections are going to be valid?

When it comes to hacking of voting systems, what exactly happened still seems inconclusive, although it has been confirmed that Democratic campaigns and operatives were hacked. However, Department of Homeland Security Kirstjen Nielsen said earlier this year, “The threat of interference remains and we recognize that the 2018 midterm and future elections are clearly potential targets for Russian hacking attempts.”

I just want to be sure that nobody is changing my vote in the system.

So far, so good. In May, the Senate Intelligence Committee — one of the bodies that investigated Russian interference in the 2016 election — said it had not found any evidence that votes for any one candidate had been hacked and changed to votes for a different candidate.

Nobody does. If you’ve heard about voters getting purged from the rolls, this is pretty similar. The rolls are the lists of people who are registered to vote in a given state, and if you’re purged from them, you need to register again before you're able to cast a ballot.

But the Senate Intelligence Committee reported in May that there also was “no evidence” that Russia did anything with its ability to manipulate voter registration data, and said the "U.S. election infrastructure is fundamentally resilient."

As for the 2018 midterms, the founder of the Center for Election Innovation and Research said they'll be the most secure ever, NPR reported. Because U.S. elections are decentralized, meaning each state separately collects its own votes, it's harder to hack. Meanwhile, Congress has given states some funding to increase cybersecurity, and the National Security Agency and the Department of Defense's U.S. Cyber Command have teamed up to help counteract any interference.

Okay, well, that’s reassuring. But what about "fake news?"

We’ve all heard a lot about fake news in the past few years. A number of news outlets have reported on and identified Facebook and Twitter accounts that were posing as local political parties or news sources. So, we've established that foreign interference in our elections has happened via disinformation campaigns. But a lot of those disinformation campaigns had their roots in the American political divide and targeted hot-button issues like Black Lives Matter, immigration, and gun control.

There is the possibility that a foreign power will try to intervene in the U.S. midterms by amplifying disagreement over divisive social issues, but think about it this way: Those debates were already happening. The best thing you can do to fight disinformation is to rely on established and trusted news sources, and above all, do your own research.