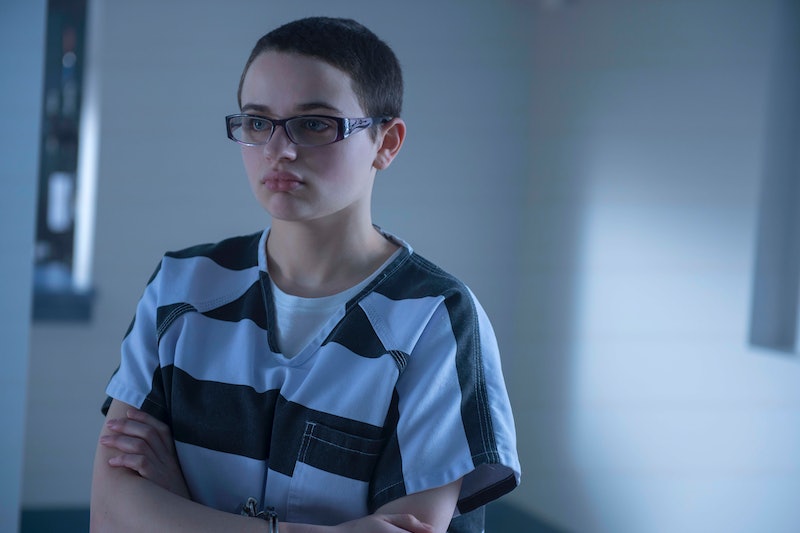 The Act airs its Season 1 finale on Wednesday, and while the dramatic reimagining of Dee Dee and Gypsy Rose Blanchard's toxic relationship has made for a fascinating first run, it may be just the first of several true crime stories the Hulu series will explore. No official plans have been announced for The Act Season 2, but the show has always been billed as an anthology. So if it does come back for more episodes, it's likely it will pivot to an entirely new case.

Act co-creator Michelle Dean, who also wrote the BuzzFeed article on which the show is based, confirmed in March that Hulu hasn't yet green-lit the show for another season. But she does have plans for more, should they renew it. "The Act was designed as an anthology: obviously the title refers to a couple things," she told Esquire. "Obviously the act of the crime, but also the act that Dee Dee and Gypsy were putting on for the public, so yeah. If there were a Season 2, those are the stories that we would be interested in telling."

That kind of premise could take so many different forms, but here are a few similarly shocking true crime stories that might fit the bill.

Like Gypsy and Dee Dee's, this is a story about a family dynamic gone wrong. According to Oxygen, prosecutors claim that Jennifer Pan and her boyfriend Daniel Wong planned the 2010 murder of Pan's parents and allegedly staged it to look like a robbery (her mother died; her father survived). As reported by York Region, Pan admitted to hiring a hitman, but claimed he was supposed to kill her and not her parents. Those close to the family described Pan's parents as "overprotective" and "controlling" to Toronto Life magazine.

Pan is currently serving a life sentence in prison, and so is Wong and several convicted accomplices.

In 20013, Christine Paolilla and Christopher Snider allegedly murdered four of their close friends, per the HuffPost. They were all teenagers at the time. As reported by ABC news, Paolilla was convicted and sentenced to life in prison; the AP reports that Snider died before being apprehended by police.

"I think there's a chance she thought they were pitying her ... but still envied them, because they didn't have to work so hard to be nice, to be accepted," psychiatrist Gail Saltz told ABC News of Paolilla's potential motive. "That's going to create some intense envy and jealousy, bring out the aggression, and the ... wish to punish them for what they have."

According to the Toronto Star, two Canadian teenagers allegedly drowned their mother, who was reportedly an alcoholic, in 2003. Her death was thought to be an accident for more than a year until a school friend went to the police, the outlet continues.

Because the daughters were minors at the time, their names have never been made public, but they have since become known as the Bathtub Girls. They were both convicted of first-degree murder and sentenced to 10 years in prison, according to Missussauga. A dramatization of this story has also been done before with Perfect Sisters, a Canadian film starring Georgie Henley and Abigail Breslin, so a TV adaptation is certainly not out of the question.

In 2006, a 12-year-old girl became Canada's youngest multiple killer when she helped her 23-year-old boyfriend, Jeremy Steinke, murder her parents and 8-year-old brother, according to the CBC. The outlet further reports that the girl, known only as J.R. due to Canada's Youth Criminal Justice Act, was convicted for first-degree murder and served a 10-year sentence. Steinke is still in prison and serving a life sentence.

According to CBC, J.R. allegedly became interested in planning the killing because her parents wouldn't allow her to date Steinke, given their age difference and the fact that he was a high school dropout. Vice reports that J.R. was placed in a psychiatric hospital following her sentencing, and also spent time in a group home.

As Dean told the New York Times, the goal of The Act is to examine the emotions and circumstances that can lead people to do unthinkable things — not to revel in the shock and horror of it all — and these stories would have plenty of that to mine.