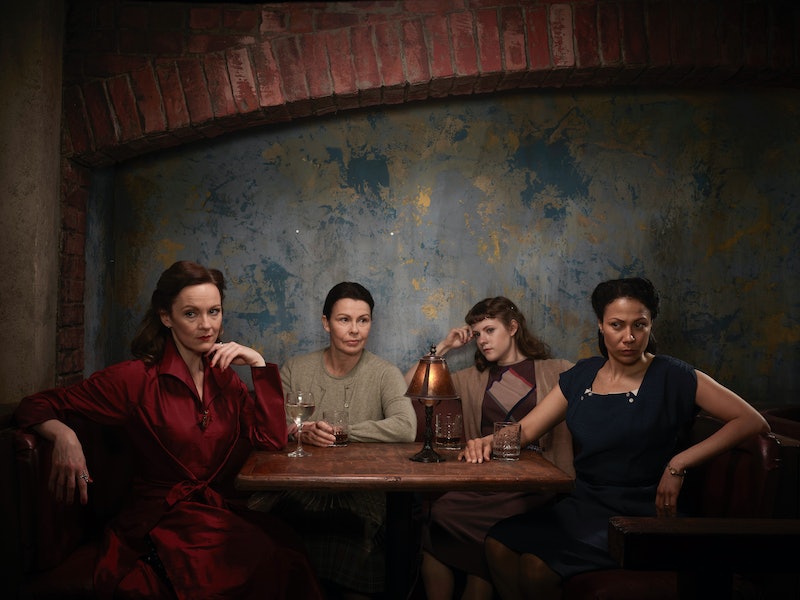 The season finale of The Bletchley Circle: San Francisco airs on ITV this week. It follows the story of four former World War II code-breakers who travel across the pond in order to solve a murder which might explain the death of their colleague. The ITV series first aired back in 2018, and is a spin-off of the original 2012 series. But will The Bletchley Circle: San Francisco return for Series 2? Here's all the info we know so far.

As it stands there has been no announcement of a second series. I have reached out to representatives of ITV for comment on the matter, and will update with any new information once it becomes available. However, according to the Express, a potential second outing of The Bletchley Circle: San Francisco is possible — especially when considering that the current series is a spin-off from the 2012 ITV series, The Bletchley Circle. As reported by the Radio Times, the current first series began airing last year, and after a mid-season break, returned to our screens in 2019.

An official ITV synopsis reads, "Set during the thrilling social change of the mid-1950s, The Bletchley Circle: San Francisco captures the lives of four remarkable women gifted with extraordinary intelligence, breathtaking capacity for pattern recognition, and a genius for decryption. Years after secretly serving during WWII as code-breakers tasked with penetrating the Axis Powers’ secret communications, they turn their skills to solving murders overlooked by police. In the process, they are plunged into fascinating corners of the city, forge powerful relationships, and rediscover their own powers and potential. Our women achieve justice not only for the victims but also for themselves as they carve out new lives in the wider world."

The cast of The Bletchley Circle: San Francisco includes Rachael Stirling as Millie Harcourt, Julie Graham as Jean McBrian, Crystal Balint as Iris Bearden, Chanelle Peloso as Hailey Yarner, Jennifer Spence as Olivia Mori, and Peter Benson as Archie Hunter. As reported by the Express, Graham, who plays the character of McBrian, previously revealed that her decision to take on the role was largely influenced by the importance of female code-breakers in World War II. She said, "I was surprised there was so little material about them because the women were so important in the codebreaking process. They were given the mundane, which were seen as female jobs, so the men got the glory and they were the worker bees."

The female-led cast has not gone unnoticed by television critics, some of whom have praised the ITV series. In one review of The Bletchley Circle: San Francisco from the Daily Mail, Christopher Stevens states that "it’s a pleasure to have a band of clever women as detectives," whilst another review from the Telegraph noted that the plot of the series "settled into a compelling murder mystery."