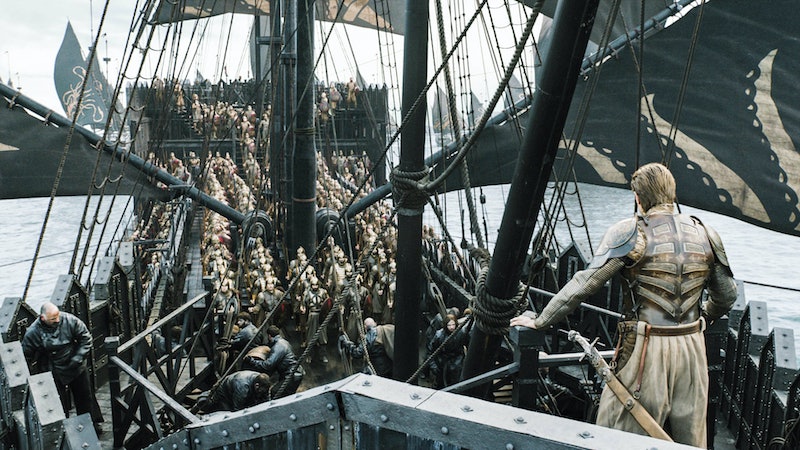 Cersei Lannister has spent the last few seasons being guarded by The Mountain, a towering beast whose allegiance to her is unshakable. Now, to prepare for the war against Daenerys Targaryen and Jon Snow, she's essentially bought the military equivalent of The Mountain, the honorable and deeply dedicated Golden Company. Cersei is placing a lot of trust in the Essos military organization, but is she right to be so trusting? If the Golden Company betrays Cersei, they'll be shattering their reputation as Essos' and Westeros' most honorable sellswords.

While Cersei wasn't able to provide the Golden Company enough money to allow them the resources to bring their legendary elephants across the Narrow Sea, she is paying them well enough to trust that the Golden Company won't betray her. The Company is famous for never breaking a contract, which would usually be enough to dispel the fears of any leader who hires the soldiers to fight for them. Then again, the Starks assumed they were safe when they were offered guest right at the Twins for the marriage of Edmure Tully and Roslin Frey, but they certainly didn't call that event the White Wedding.

That may not be the best comparison, as the Freys had less honor in the entirety of their house than the honor held in the pinky finger of the Golden Company's Captain Harry Strickland. However, with Euron Greyjoy in the mix and the Iron Throne up for grabs, it's possible that the Golden Company will go back on their word and, for the first time in history, take up arms against their employer.

Euron Greyjoy is about as dishonorable as they come, and he may be able to twist fact and reason around in such a way as to allow the Golden Company to fight to take the throne from Cersei as she's busy worrying about the dragon riders coming from the North. The Company's contract is with the Iron Throne, and while Cersei is the one who currently sits atop the throne previously occupied by her two sons, Euron could potentially argue that his promise of marriage to Cersei, with whom he's shared a bed, means he has an equal say in the matters of the Seven Kingdoms — especially if he impregnates her, or believes he has, as he's promised to do. Could he possibly turn the Golden Company on Cersei while still honoring the contract?

That all sounds pretty complicated, but holding the power of the Iron Throne may just be worth jumping through some moral hoops. Besides, why cultivate a tradition of honor if not to break that tradition at the most opportune time? Game of Thrones has proven that trust and tradition often fall by the wayside when there's power up for grabs, and as honorable as the Golden Company has been in the past, there is no reason to believe that they, too, won't be seduced by the chance to rule. After all, on this show, crazier things have happened.