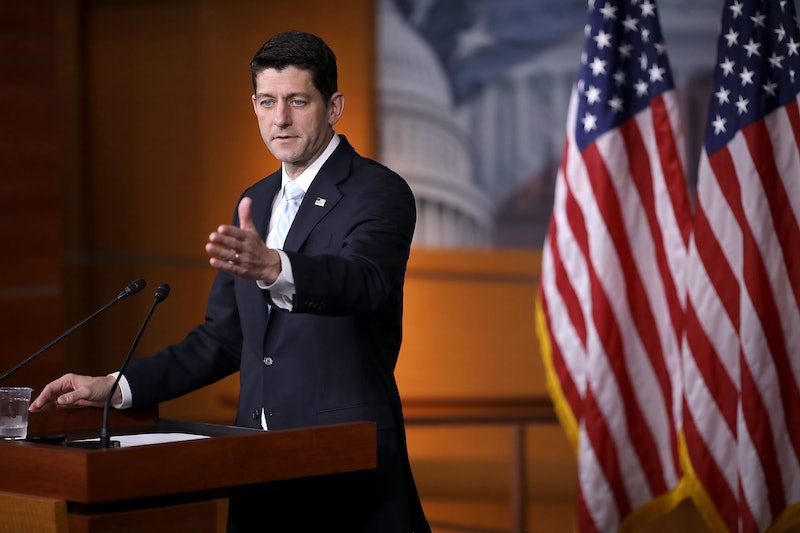 Republicans now have unified control of Congress, which means they can finally accomplish one of their longstanding policy goals: taking health insurance away from as many as 20 million Americans. I'm speaking about the GOP's plan to repeal Obamacare, which is already in motion but still full of open questions. For many Americans, one question looms larger than the others: Will the Obamacare replacement cover birth control?

Unfortunately, it's simply impossible to say at this point. There are a number of reasons for this, but the biggest is that Republicans haven't unveiled their fabled Obamacare replacement yet. Until they do, it's anybody's guess as to whether or not it will include birth control coverage, and to what extent.

All of that being said, there are some signs of where congressional Republicans stand on this, and these signs suggest that the Obamacare replacement, if and when it comes, will not cover birth control. At least, not the extent that Obamacare does.

On Thursday night, the Senate held a round of procedural votes that will pave the way for an eventual Obamacare repeal. During this "vote-a-rama," as it's annoyingly called, New York Sen. Kirstin Gillibrand proposed an amendment that would preserve several of Obamacare's woman-centric components, like subsidized mammograms, maternity care coverage, and free birth control. But Republicans, depressingly though not unsurprisingly, voted the amendment down.

That doesn't mean anything for certain. The vote was strictly procedural and didn't affect any laws on the books. Furthermore, Republicans also voted down a bunch of other Democratic amendments that day; it's possible, at least in theory, that Republicans were acting more out of a reluctance to place requirements on their repeal process later on down the line than out of any substantive opposition the amendments being offered.

Still, the lopsided vote against Gillibrand's amendment is an ominous sign. It suggests, depressingly though not surprisingly, that Republicans aren't inclined to retain the massive expansion of birth control that Obamacare provided. But we'll just have to wait and see.