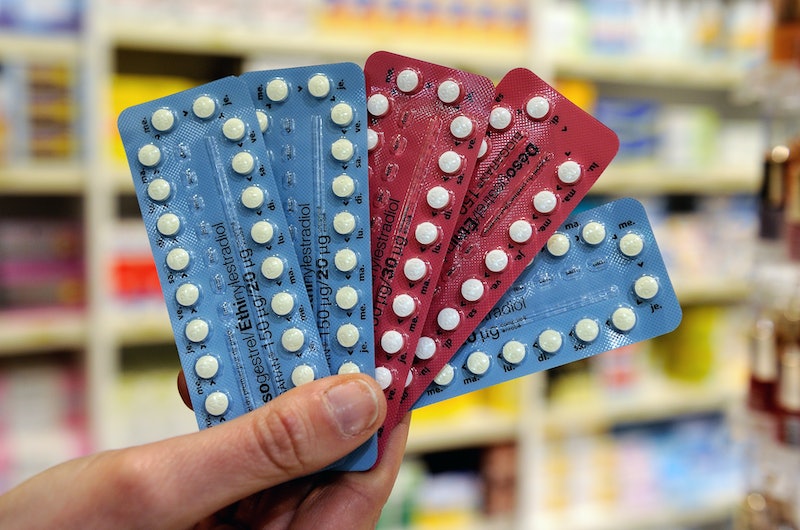 As President Trump talks about building walls and banning refugees, some House Republicans have begun a very different — but equally controversial — conversation. A new bill, HR 586, seeks to define that life begins at fertilization. If the so-called "personhood bill" passes Congress, it could bring some troubling changes for America's women along with it.

HR 586 is officially entitled the "Sanctity of Human Life Act." It was introduced to the House of Representatives last week, even before Trump's inauguration. Sponsored by Georgia Republican Jody Hice, the bill has the support of more than 20 other House Republicans from more than 10 states. Essentially, HR 586 would classify a fertilized egg — from zygote to fetus — as a person, granting it the inalienable and constitutional right to life. If passed, the personhood bill could potentially serve to ban all abortions, even those in the cases of rape and incest. It could also limit the type of contraception or fertility treatments that are legal, as certain substances or procedures, such as in vitro fertilization, could be seen as dangerous to a fertilized egg.

As of Wednesday, the personhood bill was with the House judiciary committee and had not been put to a vote. But is it just a matter of time? Maybe. Maybe not. While it's impossible to know the fate of HR 586 for sure, there is some hope for women who are concerned about their reproductive freedom.

First of all, the precedent for similar personhood bills is to fail. In fact, according to the Huffington Post, earlier versions of the Sanctity of Life Act arose in 2011 and 2013, but neither successfully became law. What's more, the precedent that has succeeded so far is the Supreme Court's decision in Roe v. Wade, which limits abortions only after a certain point in a pregnancy.

Secondly, Republican majorities in both the House and the Senate may not signal a surefire passage of HR 586. That's because many Republicans may actually support legal abortions in certain instances, such as rape and incest. According to the Pew Research Center, more than a third of Republicans believe abortion should be legal in all or most cases. That's not to say that Republican lawmakers currently in office are among the third of abortion-supporting GOP'ers. But support for abortion could be increasing, and that's a fact Republican lawmakers may want to take into account.

Regardless of public opinion, HR 586 could certainly pass through the Republican-led House. If it heads to the Senate, it will find a similarly dominant Republican majority. That's a scary thought for many American women, but fortunately there's time to make your voice heard.