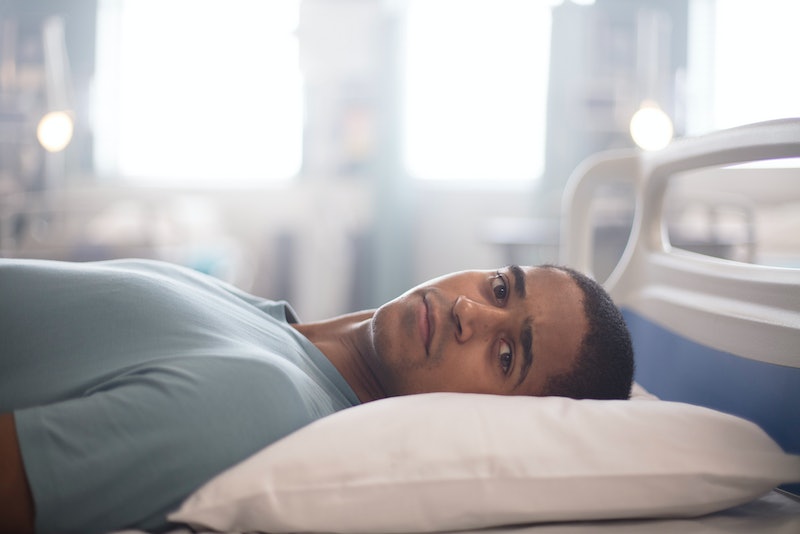 A huge curveball was thrown Trust Me's way when its main character, as played by Jodie Whittaker, left the show after only one season. While it probably doesn't come as a surprise that Whittaker opted to leave in order to become the first female Doctor Who, it sort of does come as a bit more of a surprise that BBC's medical thriller was able to carry on without her. With How To Get Away With Murder's Alfred Enoch taking over as the show's lead, Season 2 of Trust Me took the show to an even darker place, but will Trust Me return for Series 3? Because, trust me, I'll really like to see where this show goes next.

There's yet to be any news of whether Trust Me will return for a third series, with no announcements from the BBC as of yet, so I've checked in with one of the show's reps to see if that status changes anytime soon. I'm keeping my fingers crossed, and will keep you updated if and when I hear back.

In the meantime, with series two coming to a close on Tuesday, March 7 on BBC1 at 9 p.m., you'll probably still have a lot of feelings to process, to the point where you might even need a break from this intense — yet, let's face it, incredible — TV show.

According to the BBC's synopsis, series two's finale sees Jamie's life hanging in the balance. "Can Zoe save him, or is she the one who put his life in danger?" the site asks, making you want to see the episode as soon as you finish reading the sentence. I'm desperate for Jamie's character to survive, mostly just so I can see Enoch continuing to play him. Perhaps his fate will reveal whether they'll be a third series of the show, after all.

It doesn't seem like Enoch wants it to end either. He told Digital Spy that when he originally received the script he thought: "This is cracking. This is a really exciting way to go for a hospital thriller." Adding: "It seemed like something that could and would work, and I wanted to be a part of it. So that's what drew me to it."

I agree with the actor. Trust Me has provided TV schedules with a medical thriller unlike any other, deeply chilling, yet sometimes light and affectionate, to the point where you fall for all the show's characters despite knowing that their fates are very much in jeopardy. I'd say that's about the only way you can compare Trust Me to Game of Thrones, if that's your bag, anyway.

So, this is my plea to the BBC: renew Trust Me, and bring back Enoch. If anyone could stand up to the plate that Whittaker left behind, then evidently it's the Harry Potter star turned grizzly, gritty thriller actor. If you missed him playing Jamie in Trust Me so far, then you can always catch up using BBC iPlayer before the Series 2 finale airs.