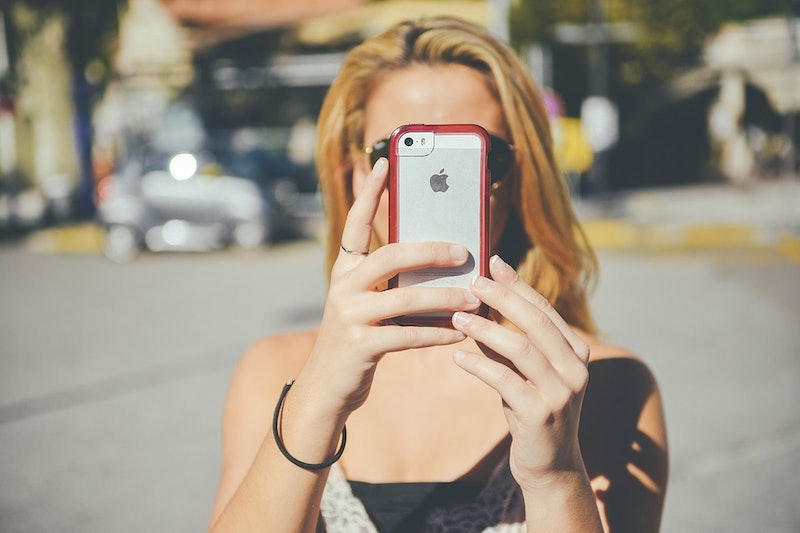 If you use Snapchat, you probably noticed a new feature the app recently rolled out: Snap Map, which allows your contacts to see where you are when you send a Snap. However, the feature had barely been live for a moment when people started to raise concerns about the potential safety issues and implications of sharing location data unwittingly. Though much of the discussion thus far has centered around its potential dangers for younger users, there's also concern that the feature could be harmful for women, who could be made vulnerable to stalkers or abusers by inadvertently giving away their location. This concern is particularly relevant because so many of Snapchat's users are women (a whopping 70 percent of all Snapchat users are female, according to a 2013 comment by CEO Evan Spiegel).

When reached for comment, Snapchat explained that “the safety of our community is very important to us," and noted that "with Snap Map, location-sharing is off by default for all users and is completely optional. Snapchatters can choose exactly who they want to share their location with, if at all, and can change that setting at any time." And indeed, a lot of the outcry over Snap Map appears to stem from the incorrect rumor that the Snap Map option was the default, when in reality turning on Snap Map is a choice made by users.

But even with that issue cleared up, the Snap Map discussion points to a much larger question: why do so many tech products seem to ignore the unique safety threats that women experience online?