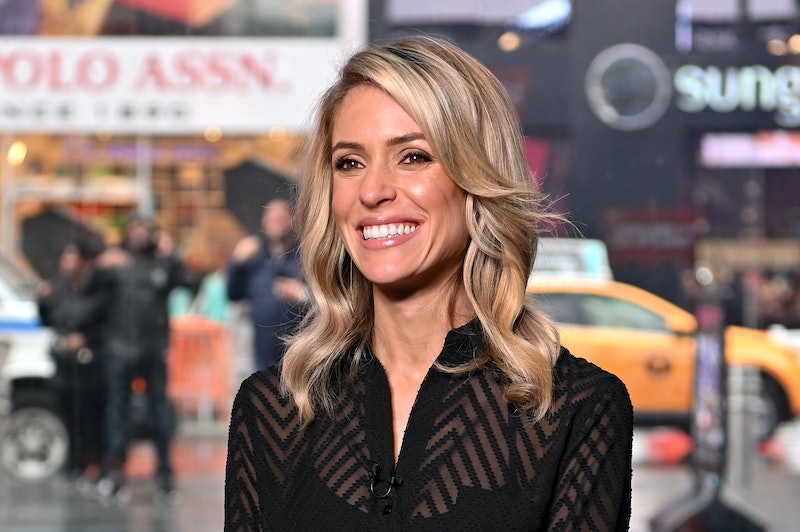 After she got married and started a family, Kristin Cavallari fans prepared to say goodbye to her reality TV days. To their surprise and delight, they didn't have to. Her new reality series premiered in 2018, and it's doing so well that Very Cavallari has been renewed for Season 3 already. The show documents her journey as a new CEO to to her lifestyle brand Uncommon James, her relationship with her husband Jay Cutler, and more. And just because it's not The Hills doesn't mean there's no drama. The Uncommon James employees make sure there's plenty of that to go around.

E! Network made the renewal announcement on Friday, May 3 ahead of the May 12 airing of the Season 2 finale. The network also renewed Revenge Body With Khloe Kardashian and #DatingNoFilter. New episodes of Very Cavallari are slated to air in 2020.

"At E!, we continue to build on our successful unscripted slate with fun, edgy and inspiring series led by strong, fearless women," E! Executive Vice President of Development and Production Amy Introcaso-Davis said in a statement to the press. "We look forward to bringing more laughs, tears, and transformational stories that our viewers can connect with, and we cannot wait for fans to see what these next seasons have in store."

There's still much to cover on future seasons of Very Cavallari, including but not limited to the rapid growth of her company (The May 5 episode featured talks of making Kristin's friend Biegs the company vice president.), her ever-evolving relationship with Jay, and more. There may even be somewhat of a reality TV crossover in Season 3, considering Kristin is hosting FOX's reboot of Paradise Hotel, which premieres on May 9, according to The Hollywood Reporter. If they've already started filming Season 3 of Very Cavallari, Kristin may be behind the cameras of two TV shows at once.

According to Page Six, Paradise Hotel will be filmed and air in real time. A group of singles will check in to a luxury hotel and compete for a huge cash prize. Filming is set to last six weeks in Mexico, and Kristin's bringing her family along, presumably because that's a long time to be away from them.

“What we’re doing is I’m going to go down by myself for a few days,” she told Page Six. “The family will come down. My daughter will stay with me. My boys will go home and finish school and then they’ll come back for the final two weeks. So it’s going to be a new experience for all of us, but obviously my kids are really excited to be in Mexico for weeks at a time. So you know we’re making a trip out of it and we’re just making the most of it.”

As Very Cavallari fans might know, Kristin is no stranger to Mexico. She vacationed to Cabo with Jay and her friends at the end of Season 2, and does so often. It's where she and Jay got engaged. Needless to say, she's more than happy to return.

"I’m so excited to be hosting Paradise Hotel this summer!" she said in a statement. "This show literally has everything — dating, love triangles, alliances, competition — and I can't wait to stir the pot and have a front-row seat to all the drama."

As if there's not enough going down on her own show. There are so many questions that Season 2 of Very Cavallari will likely leave with fans: Will Brittainy keep her position as head of operations at UJ? Will Jay settle on a future adventure? Is Kelly's dating life really hindering her plans to have a family one day? Hopefully all of the answers — and of course, all of the fun — lie in Season 3.