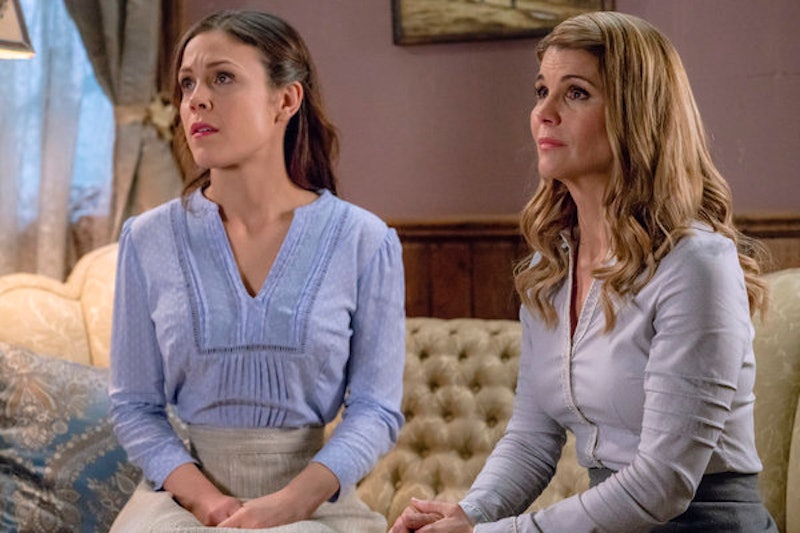 UPDATE: Deadline reports that WCTH has officially been picked up for Season 5. The premiere date has not yet been announced.

Plus, When Calls the Heart seems to have cultivated a passionate fan base. There's even a name for this fandom: Hearties. That's when you know you've made it. Hallmark Channel wouldn't break the hearts of Hearties the world over by canceling When Calls the Heart, right?

Without an official greenlight from the Hallmark Channel, there's really no telling when this series will return for Season 5 if it is granted one. However, most new seasons of this series have premiered in January or February in the past, so I think it's likely that When Calls the Heart will return with new episodes in Winter 2018, if Hallmark Channel does, in fact, order more episodes.

The first three seasons of When Calls the Heart are available for your perusal on Netflix if you'd like. Or, if you're looking for something similar yet different, you can check out one of these period dramas not based in the U.K. currently streaming now.

More like this
'The Queen’s Gambit' Season 2 Tweet Wasn’t From Anya Taylor-Joy
By Mary Kate McGrath, Jack Irvin and Grace Wehniainen
Linda Ronstadt’s “Long Long Time” Plays A Pivotal Role In The Last Of Us
By Brad Witter
Taylor Swift Visited The 'Glee' Set For This Bizarre Season 5 Episode
By Grace Wehniainen
'Wednesday' Star Emma Myers Thinks A Wenclair Storyline Is “Possible” In Season 2
By Alyssa Lapid
Get Even More From Bustle — Sign Up For The Newsletter
From hair trends to relationship advice, our daily newsletter has everything you need to sound like a person who’s on TikTok, even if you aren’t.