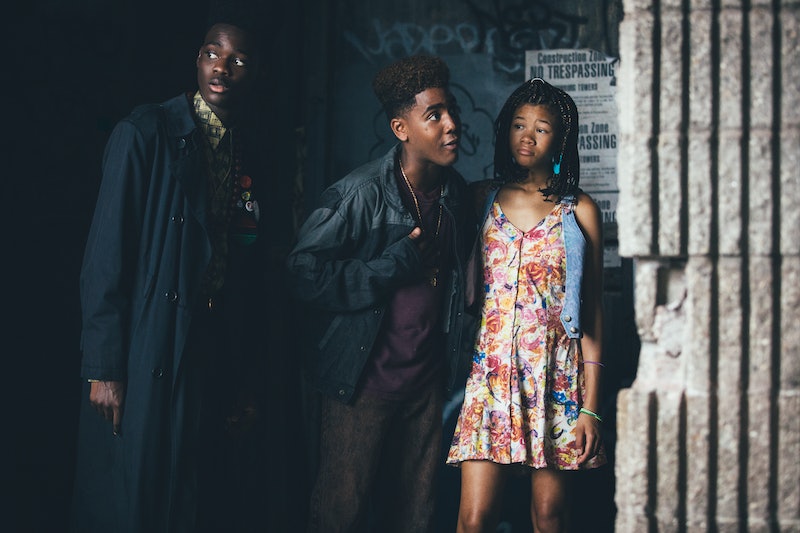 After months and months of anticipation, Ava DuVernay's new Netflix series When They See Us is here and powerfully shines a light on racial injustice. Based on a true story, the series chronicles the case of Antron McCray, Kevin Richardson, Yusef Salaam, Raymond Santana, and Korey Wise, later known as the Central Park Five, who were arrested in 1989 and ultimately convicted of a crime they didn't commit. It's a sobering look at the brutal and unnecessary trauma these teenage boys were forced to endure and may even leave you wondering if When They See Us could return for Season 2.

The series is split into four parts and spans over the course of 25 years, highlighting everything these boys and their families were put through, from the time of their arrest in 1989 to when they were exonerated in 2002 and all the way to the settlement they reached with New York City in 2014. Needless to say, the story pretty much comes full circle by the time the season comes to a close, so the likelihood of there being another season seems extremely small.

Not to mention the fact that the show is listed as a limited series, indicating that When They See Us was never meant to be an on-going project. It was created to show the world who these boys were and how the judicial system wronged them and their families in despicable and horrifying ways.

"In 1989, five black and brown teen boys were wrongly accused of a crime they did not commit and branded The Central Park Five, a moniker that has followed them since that time," DuVernay said in a statement from Netflix, which was obtained by Bustle. "In 2019, our series gives the five men a platform to finally raise their voices and tell their full stories. In doing so, Korey, Antron, Raymond, Kevin, and Yusef also tell the story of many young people of color unjustly ensnared in the criminal justice system."

The trailer alone is heartbreaking as you see the interrogations and the trial unfold. In fact, some of the scenes proved to be so intense that Netflix provided crisis counsellors for the cast. "At the end of the day, there was a number you could call and somebody could talk to you because the material was so heavy," Niecy Nash, who plays Korey's mother, Dolores Wise, in the series told The Hollywood Reporter during a recent interview. She added:

"And there were often times that the real boys... would be on set because it's their story being told. I'd get off that set and be like, 'I'm not going to make it. Bring the funny back!' But you feel so driven to tell the story, so you muscle through because that has to be more important than how you feel."

For too long, these boys were mistreated by the law. And while DuVernay's series finally gives them a voice and platform to share their stories, it's something that is long overdue.

More like this
Watch The Thrilling Teaser Trailer Of 'Shadow And Bone' Season 2
By Gretchen Smail, Jack Irvin and Sophie McEvoy
Jeffrey Dahmer’s Arresting Officer John Balcerzak Got His Job Back After Being Fired
By Grace Wehniainen
Where Is Lionel Dahmer Today? Jeffrey Dahmer’s Father Reflected On The Serial Killer’s Death In 2020
By Brad Witter
Here's What Jeffrey Dahmer's Dad Has Said About His Other Son, David
By Grace Wehniainen
Get Even More From Bustle — Sign Up For The Newsletter