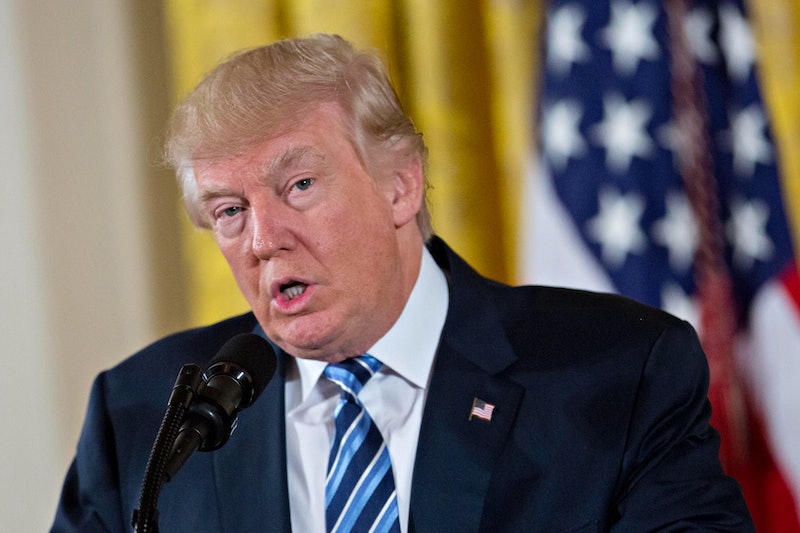 On Sunday, it was definitively confirmed that President Donald Trump would not be releasing his tax returns, despite promises to do so. Kellyanne Conway, Trump's campaign manager who now serves as Counselor to the President, told ABC's This Week that the Trump team had no plans to comply with demands that the tax returns be released, arguing that "people don't care" and that "we litigated this all through the election." However, Wikileaks responded to Trump's refusal to release his tax returns with its own promise to do so.

During Trump's campaign, Wikileaks routinely released hacked emails from prominent Democrats, including Hillary Clinton campaign chairman John Podesta and members of the Democratic National Committee. Trump often used these emails to criticize Clinton, his primary opponent in the presidential race. But now that Trump doesn't seem to be on the verge of keeping his promise to make his tax history public, Wikileaks has taken matters into its own hands.

Unlike Conway, who insisted that "most Americans ... are very focused on what their tax returns will look like while President Trump is in office, not what his look like," Wikileaks considers Trump's decision to be worse than Clinton's refusal to release her speech transcripts. As a result, Wikileaks has asked anyone with access to send over the tax returns so that the group can publish them.

Wikileaks' request has been met with some backlash, especially from Clinton backers who believe that Wikileaks' email releases helped cost her the election. But this is actually not the first time Wikileaks has encouraged whistleblowers to release Trump's tax returns to its charge. When Clinton urged Trump to release his tax returns during the presidential debates, Wikileaks seized upon the issue, too.

Wikileaks' view that Trump's "breach of promise" is "gratuitous" appears to be shared by many Americans. A White House petition calling for a full release of Trump's tax returns had received 262,510 signatures by Monday morning, and a recent ABC News/Washington Post poll indicated that 74 percent of Americans polled wanted Trump to release his tax returns — including 49 percent of his own supporters and 53 percent of Republicans. This contradicts both Conway's view and Trump's claim that "the only one that cares about my tax returns are the reporters."

Whether Wikileaks will eventually obtain and publish Trump's tax returns remains to be seen. However, whether or not the group does succeed, the fact that the Trump team has essentially alienated Wikileaks might present the Trump administration with a cause for concern.