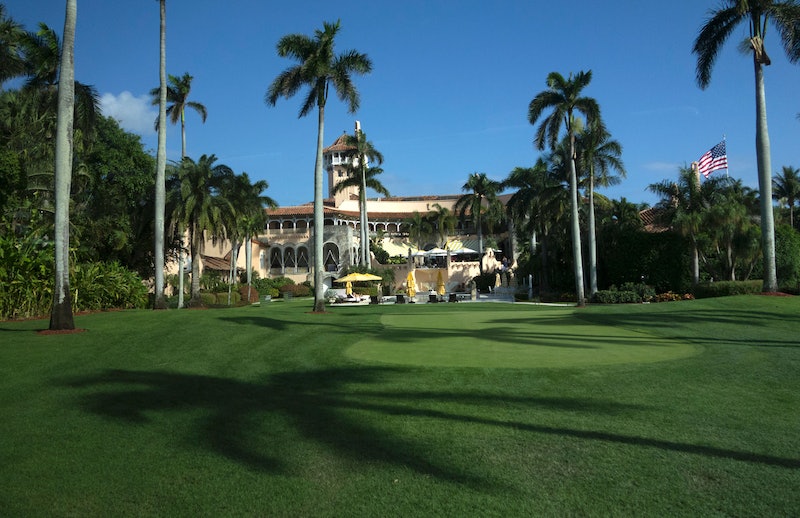 It’s difficult to know what kind of president Donald Trump will be, but it definitely seems like he won’t be a boring one. Whether unmindful of the fact that there’s actually kind of a lot of news going on in Washington already — or very mindful of it — Wednesday morning he tweeted out a picture of himself working hard on his inaugural address “at the Winter White House, Mar-a-Lago.” The internet was ready.

It’s one of Trump’s more surreal tweets. The photo begs for a close examination, from the bronze eagle that looks like it soared directly out of a SkyMall Catalog, to the backdrop which appears to suggest that the president-elect is writing his speech from an office in Dorne, to the constipated look on Trump’s face (not to mention the blank look of his writing tablet). Even his terra-cotta backdrop sports the motto, “PLVS VLTRA,” Latin for “Further Beyond,” which was the motto of the Spanish Habsburg emperors in the sixteenth-century begs for interpretation.

Since Trump dropped the Tweet, the sass machine of the Internet has been hard at work making arch comments and creating memes, because (a) President Trump hasn’t censored the Internet yet and (b) it sometimes feels like the only refuge left to us is humor. So here are some of the best “Winter White House” tweets and memes (so far).