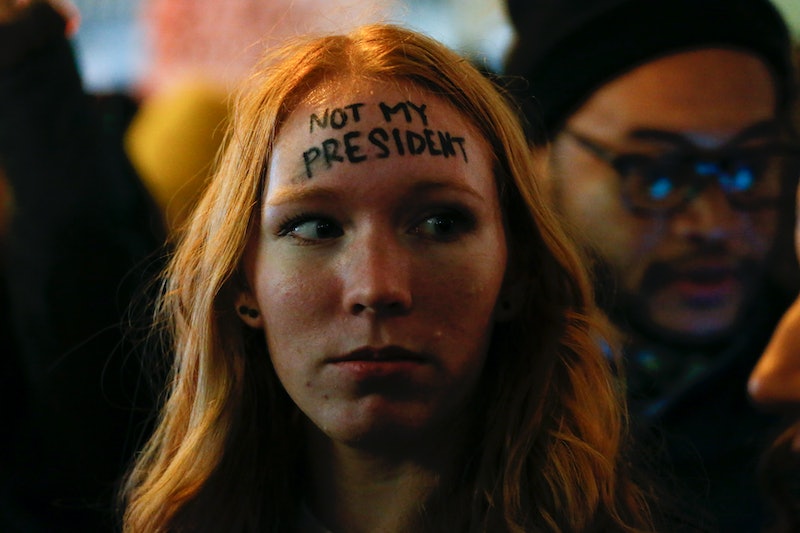 Presidential inaugurations are considered to be moments of great historical significance, and the inauguration of President-elect Donald Trump is set to be no different. However one might feel about him, Trump will be sworn in Friday as the 45th president of the United States. While Trump is set to begin his presidency by setting a new historical record as the nation's oldest elected president, there's another matter of historical record worth noting. Trump's inauguration will mark the 100-year anniversary of women's participation in the presidential inauguration parade. But while centennial anniversaries are generally moments to celebrate, many women are hesitant to participate in an inaugural parade held for a man who boasted about grabbing them by the pussy.

Although the history of the presidential inauguration parade dates back loosely to 1789 when an impromptu procession followed George Washington to his swearing-in ceremony at the nation's first inauguration, women were long kept out of the event, according to the Joint Congressional Committee On Inaugural Ceremonies. In fact, women did not participate in the first 33 inauguration parades.

Fast forward 100 years and 25 inaugurations later, and women will now march in a parade organized for a man who was not only caught on tape bragging about how he uses his fame to sexually assault women, but who also ran a campaign built on misogyny and sexist rhetoric, and has been accused of sexual misconduct by multiple women, allegations which he has vehemently denied.

While presidential inaugurations are rarely without controversy, Trump's has seen a significant amount of debate and dissension from women in particular. In fact, hundreds of thousands of women are expected to march for equality and women's rights in Washington the day after Trump is sworn into office with hundreds of sister marches scheduled to occur across the globe.

Most recently, the Girl Scouts of the USA found themselves heavily criticized for their decision to participate in Trump's inauguration parade. Many current and former scouts, troop leaders, and parents of scouts felt the decision to march in Trump's inauguration parade was at odds with the Girl Scouts' mission to "build girls of courage, confidence, and character" and "inspire, challenge, and empower girls."

Pomp and circumstance aside, it's unfortunate that the 100-year anniversary of women's participation in inauguration parades falls during the inauguration for Trump, a man many fear might roll back women's reproductive rights or pave the way for a return to the normalized sexism of the 1950s.