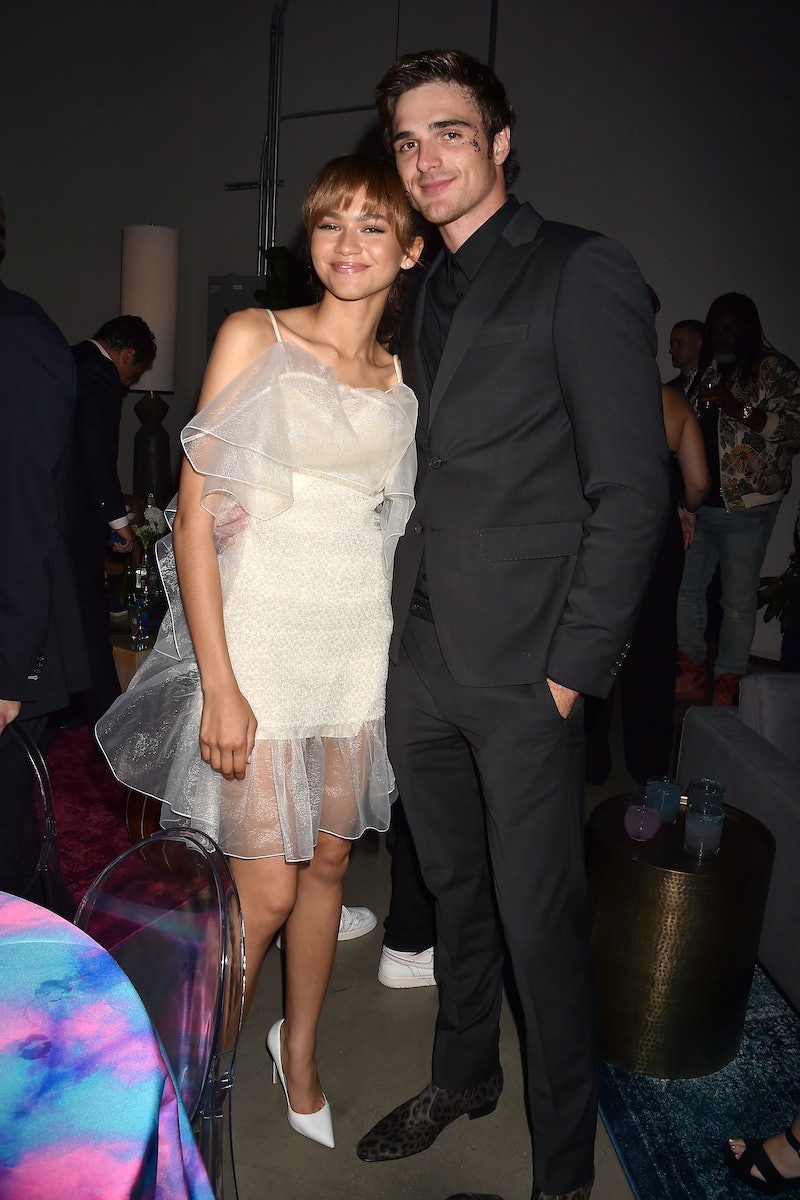 Well, that (sort of) settles that. Following several months of dating rumors, Zendaya addressed her relationship status with Jacob Elordi. While presenting her Euphoria costar with the Rising Star honor at the American Australian Association Arts Awards in New York City on Thursday, Jan. 30, Zendaya called the Aussie actor her "best friend," per E! News. Meanwhile, People reported that a photographer spotted the duo chatting with Elordi resting his hand on her shoulder during the event.

While this doesn't exactly remove all doubt, Zendaya's comment seems to be in line with Elordi's past assertions that their relationship is strictly platonic. In fact, during a Nov. 2019 interview with GQ Australia, the actor who plays Nate Jacobs in the HBO series said Zendaya is "like my sister," while denying longstanding dating rumors. "Zendaya is an amazing creative, you know? She’s super dope to work with," he added to the magazine. "She's an incredible artist and a very caring person to all of us."

Speculation had previously picked up steam when Zendaya and Elordi reportedly vacationed in Greece back in Aug. 2019. At the time, an Instagram user shared a photo at the Acropolis of Athens with the pair walking together in the background. E! News reported, however, that that duo was traveling with celebrity stylist Law Roach, as well as Zendaya's friend and assistant Darnell Appling. Zendaya also later clarified to E! that she'd been on vacation with her family.

Prior to the Elordi rumors, Zendaya was linked to Tom Holland, her Spider-Man costar. "They started seeing each other while they were filming," a source told People in July 2017, also claiming the pair had "gone on vacations with each other," too. Zendaya squashed those rumors in a July 2017 tweet, writing, "Wait wait...my favorite is when it says we go on vacations together HA! I haven't been on a vacation in years! hbu @TomHolland1996 ???" She later claimed Holland is "literally one of my best friends," in an Aug. 2017 interview with Variety.

One romantic relationship that was much less speculative: Elordi dated his Kissing Booth costar Joey King for more than a year before they reportedly split in 2018. That, of course, made for some awkward encounters when they both returned for the forthcoming 2020 sequel to the Netflix teen rom-com. "It was crazy . . . a wild experience," King revealed of filming Kissing Booth 2 during an interview on the Mood with Lauren Elizabeth podcast in Oct. 2019. She also noted during the chat, however, that filming love scenes with her ex was "fine. It was good."

So maybe it would be for the best if Zendaya and Elordi aren't more than friends. After all, there's enough drama onscreen in Euphoria without adding real-life dating rumors to the mix.