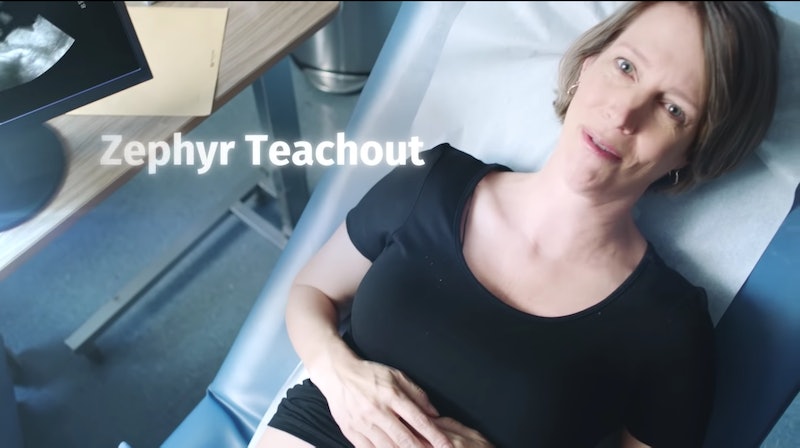 Political campaign ads can tell you a good deal about the person seeking office. In a new campaign video featuring her ultrasound, Zephyr Teachout, the Democrat Party's candidate for New York state attorney general, muses about the political future of United States. The 30-second-long video is titled: "Being a parent and being in power shouldn’t be in conflict for a woman anymore than for a man."

As a sonogram appears on the screen, Teachout muses in the background about what the future holds for the baby she is currently carrying. According to the New York Daily News, it's Teachout's own sonogram. "What does his or her future look like?" she asks. "Do we save our democracy? Do we flip congress? Does Robert Mueller indict Trump?"

"I don’t want to wait and see," Teachout can be heard saying. "It's why I sued President Trump the week he was inaugurated, wrote the book on corruption and took on the Albany machine, and rallied against pharmaceutical and insurance companies for putting profits over people. I’m Zephyr Teachout and you’ve never seen an attorney general like me — and neither have they.”

More recently, women in American politics have turned to showing what it’s like to run for office as working mothers and wives. It may be surprising to some observers — to see such a gendered angle in political ads — but normalizing such imagery could help people to understand how women navigate the demanding terrains of both private and public lives.

While Teachout turned to show her pregnancy, Wisconsin’s Democrat gubernatorial candidate Kelda Roys aired her campaign video in which she casually breastfed her infant. Joined by her family in the ad, Roys told Bustle in March that she didn’t want to edit the breastfeeding bit out. It happened spontaneously, she said.

“This is real life. People really want their leaders to be authentic," Roys said then. "They're tired of politicians who seem to be scripted or you know, can give talking points but not show their humanity."

In New York, Teachout will face Letitia James, Leecia Eve, and Sean Patrick Maloney in the attorney general race. But she told Time that she didn't want her pregnancy to be the central theme of her political profile. “Women are working in McDonald’s pregnant,” she said. “Fast food workers who don’t have contracts, who don’t get a lot of time off.”