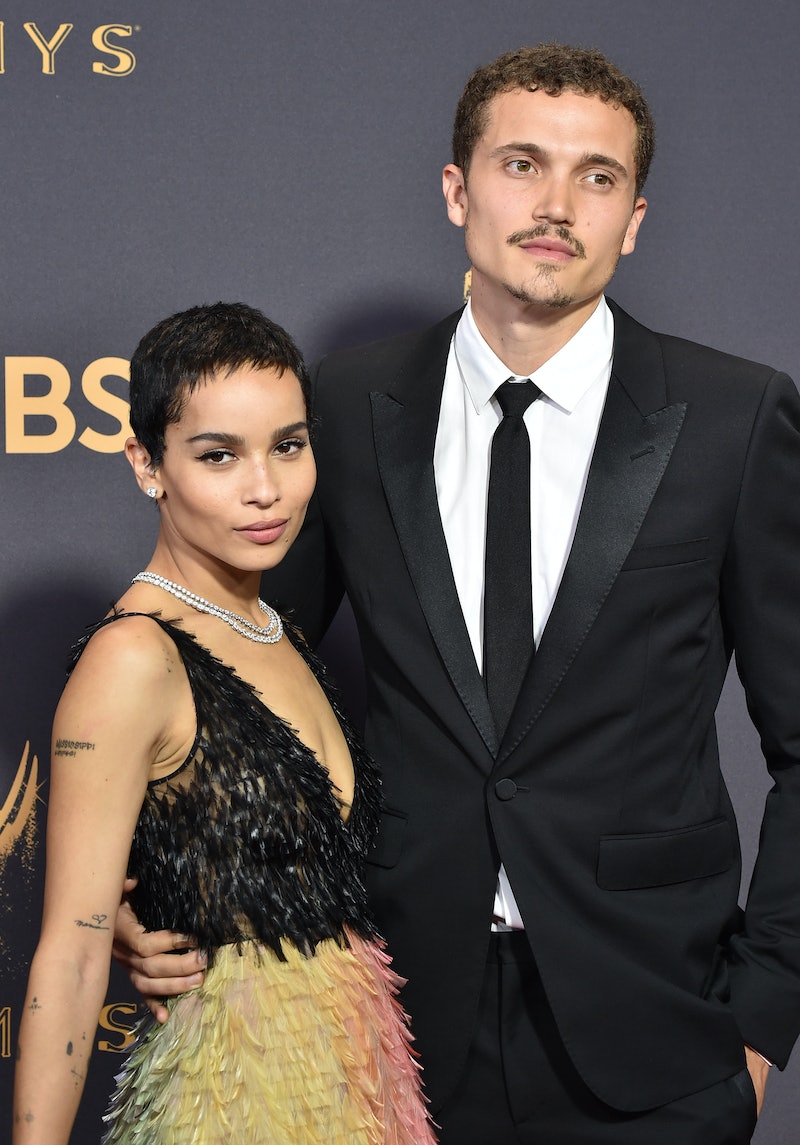 Congratulations are in order for one of the stars of Big Little Lies. Well, maybe. According to a source for Us Weekly, Zoë Kravitz reportedly married Karl Glusman in secret, although neither of them has publicly confirmed the news. (Bustle reached out to Kravitz and Glusman's reps for comment, but did not receive an immediate response.)

The insider told the outlet that the pair is already "legally married," but it's unclear when or where their reported nuptials took place. The source also claimed that although Kravitz and Glusman are husband and wife, they still plan on celebrating with a traditional ceremony in France this summer.

Now, if the wedding news does, in fact, turn out to be true, it wouldn't exactly come as a huge surprise to fans. Kravitz has been notoriously private about her relationship with Glusman — who is also an actor — from the start. The pair started dating sometime around October 2016, after they were spotted holding hands in public on several occasions, People reported at the time. For the next two years, they both remained pretty tight-lipped about their love — until Kravitz finally opened up to Rolling Stone with some pretty major details in October 2018.

One of the details Kravitz revealed was the story of how she and Glusman initially got together. Apparently, he had been crushing on Kravitz from afar for a while before they finally met at a bar while hanging with mutual friends. Kravitz told the magazine that, toward the end of the night, she went outside and pretended to be on her phone. Glusman then also emerged, she invited him back to her house for an after-party — they made out that night; Kravitz said, "It was cute!" — and the rest, as they say, is history.

During that very same interview, Kravitz casually dropped some happy news on reporter Josh Eells, after he happened to notice she was wearing a diamond ring on *that* finger. "Oh yeah, I’m engaged," she said in a way that was so nonchalant that Eells assumed she was joking. "No, I’m engaged!" Kravitz confirmed. "I haven’t told anyone yet — I mean, I haven’t told the world. I wanted to keep it private."

So, just to reiterate, Kravitz's interview with Rolling Stone was published in October 2018. According to the BLL star, though, they'd gotten engaged back in February of that year. That means she was able to keep it on the down-low for like, eight whole months. Pretty impressive as far as celebrities go, right?

Kravitz said that she was at their home, wearing sweatpants, and "a little drunk" when Glusman proposed. He lit some candles, put on one of her favorite artists, Nina Simone, and then proceeded to freak out. Well, internally, as Kravitz recounted. "I could feel his heart beating so fast — I was like, 'Baby, are you OK?' I was actually worried about him!" she told the outlet.

Well, duh, of course he was nervous. Turned out he didn't need to be, because Kravitz obviously said "yes." Flash-forward to today, and they may have officially tied the knot. But wait — does that mean fans will have to go another eight months before they end up sharing the happy news with the world? For now, we'll just have to wait and see.