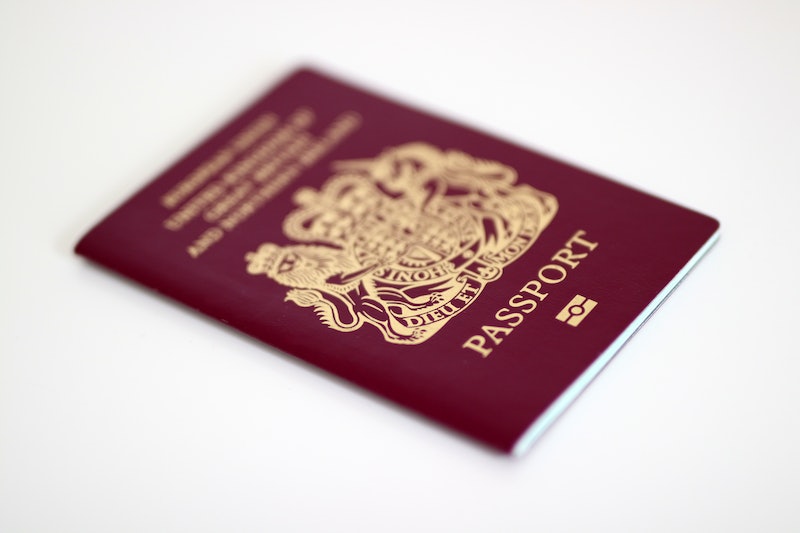 Non-gendered activist, Christie Elan-Cane’s case for gender-neutral ‘X’ markers on passports has now been taken to the Supreme Court, making this the first transgender civil rights case of its kind. While we wait for the verdict, what would this mean for gender non conforming people, and what is the UK’s current stance on gender-neutral passports?

Elan-Cane – who uses the pronouns 'per', ‘per’, and ‘perself’ – has been campaigning for another gender option on documents like British passports for nearly 30 years. As it stands, you can only choose two options in the UK on your passport – ‘M/F’. The ‘X’ in this case would be used for people who do not identify as a man, woman, or the gender they were assigned at birth.

This latest move comes after the UK’s Court of Appeal ruled against X markers in 2020. Speaking on Twitter about the case being taken to the supreme court, Elan-Cane said: “I'll not lie and pretend this morning won't be bloody hard. The UK Govt will try to justify why it should be allowed to discriminate against me. What I'm asking for in these proceedings is a change of policy on X PASSPORTS. Other countries have done it. Why can't the UK?”

According to Pink News, James Eadie QC who is representing the home office in court said this change would have a significant financial cost and “the number of people benefitting is very small.” He also said this could impact other parts of society like pension rights and prison policy. “Once you open the door to some part of it, through royal prerogative, we know what will come. It’s necessary to think through the ramifications.”

Kate Gallafent QC who is the barrister for Elan-Cane said in the Supreme Court: “​​There is nothing controversial per se about having a passport where the sex is unspecified ... The appellant has a right to live as a non-binary, or more particularly a non-gendered, person.”

The UK’s stance on ‘X’ passport identifiers has been called into question as a breach of human rights. In a hearing in 2019, three senior judges heard that the policy on passports was “unlawful” in respect to private lives.

While the UK’s first census, which happens every 10 years, was a step forward in many ways as questions on sexual orientation and gender were asked for the first time, it still did not include an option for non-binary people. Many campaigners believe the government didn’t go far enough and missed an opportunity to have data on the number of non-binary and gender non conforming people in the UK.

The verdict will be at a later date, and if Elan-Cane’s 3-decade long campaign is anything to go by, the fight for legal recognition will continue regardless of the outcome. Chief Executive of Stonewall took to Twitter with an optimistic message. “I'm hopeful for a positive outcome in the X passport case, and in awe of the tenacity with which @ChristieElanCan has blazed a trail for nongendered and nonbinary people over 3 decades.”

This article was originally published on Oct. 8, 2017