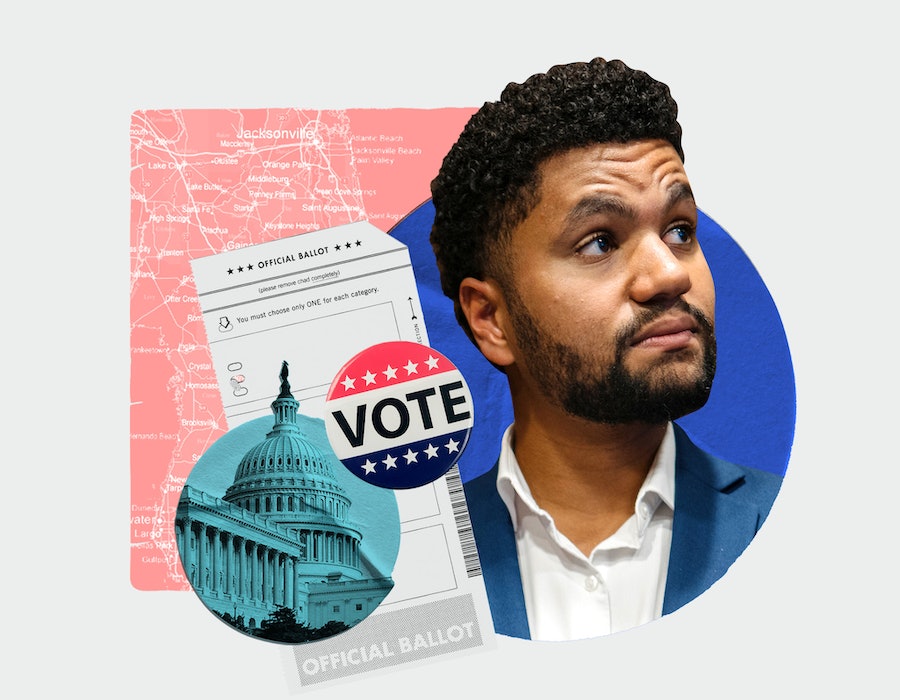 Florida’s Maxwell Frost could become the first Gen Z member of Congress, but growing up, politics weren’t written in his future. “I was never really interested,” the 25-year-old tells Bustle. The topic of government was more likely to show up in his Halloween costumes than in a 10-year plan. “There were two Halloweens in middle and high school when I procrastinated,” he says with a laugh. “I had a buzz cut, so I just put on a suit and said I was Obama.”

He didn’t envision a career in government until the 2012 Sandy Hook massacre, which later mobilized him to become part of anti-gun violence group March For Our Lives. In 2019, he became the group’s full-time national organizing director, an experience that — coupled with work on Bernie Sanders’ presidential campaigns — prepared him to create a compelling platform for his candidacy. In addition to ending gun violence, Frost would advocate for the Green New Deal, Medicare for All, and policies that end federal subsidies for mass incarceration.

The Democrat is running for a U.S. House seat to represent Florida’s historically liberal 10th Congressional District. The position went up for grabs when incumbent Rep. Val Demings, who’s held the seat since 2016, announced her candidacy for Senate. Politico reports that “in all likelihood,” Frost will win his race, which would make him Congress’ first Gen Z member.

“I was thinking about [running] for a few months,” he says about the decision to enter the race. “There was a lot of back and forth in my mind. I knew I could do the job, I knew we’d have a message that would strike people, but I’ve worked on campaigns and I know it’s hard. I had to make sure that if I was doing it, I could win.”

As a youngest-ever candidate for Congress, Frost has led a campaign full of history-making moments. Below, he shares a few other “firsts” from his life.

Usually my mom or my dad.

Probably Cory in the House.

The first real paycheck I earned was when I worked for SeaWorld. I was really adamant about working right at 14.

I’ve never been out of the country. It’s pretty lame. [Laughs.]

The first time I got involved in politics was 10 years ago, because of the Sandy Hook shooting.

People have joked about it since elementary school. No one seriously told me until a year-and-a-half ago, when I nodded at running for this seat.

The moment I decided “I’m going to quit my job at March For Our Lives and run for Congress.”

More like this
The Indigo Girls Taught Me Queer Relationships Could Be Messy, Too
By Hannah Soyer
Kim Kardashian On The Beauty Hack That “Changed My Life, My Skin, My Confidence”
By Taylor Jean Stephan
Marcus Mumford, Open Book
By Ilana Kaplan
Prince William Condemns “Unacceptable” Comments Made To A Black Guest At Buckingham Palace
By Shahed Ezaydi
Get Even More From Bustle — Sign Up For The Newsletter