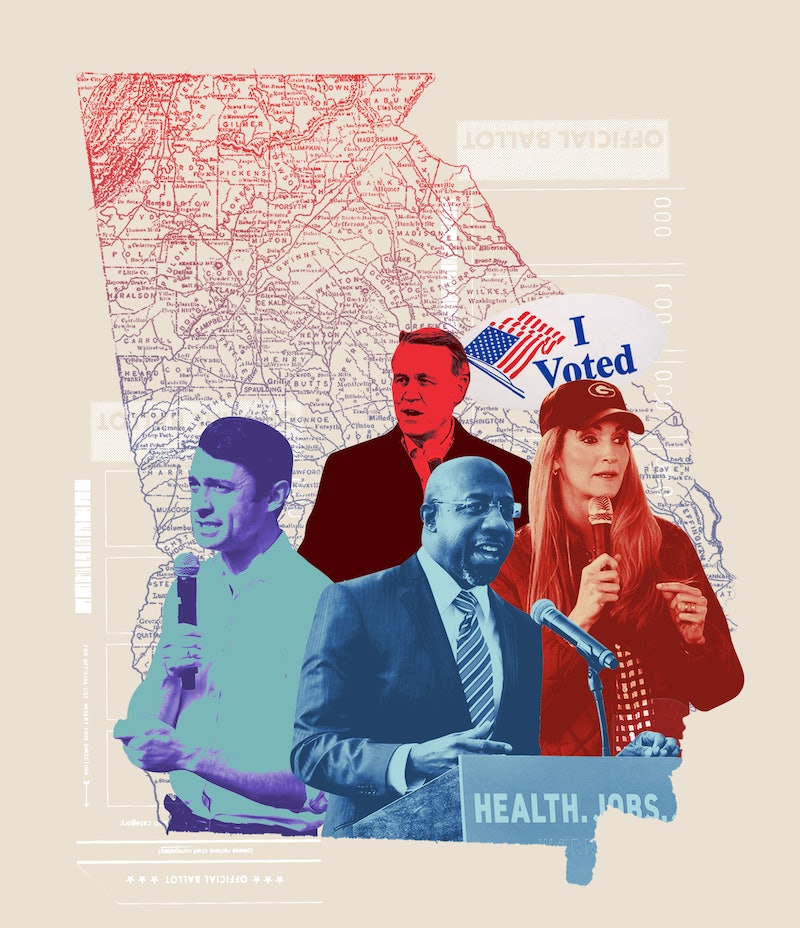 Life will be immeasurably easier for President-elect Joe Biden if Democrats control the Senate when he takes office on Jan. 20. His policy agenda rests heavily on whether he’s working with Sen. Chuck Schumer, D-N.Y., or Sen. Mitch McConnell, R-Ky., as leader of the chamber. With the former, Biden should be able to get Americans the stimulus package they deserve and make progress on key issues like taxes, health care, and climate change. With McConnell, consider even the most moderate proposals dead — or at least floundering — on arrival. But the Georgia runoff elections, in which two senators face Democratic challengers, have become about much more than the Biden-Harris agenda.

I have watched in horror as Republicans continually attacked the integrity of our elections the past two months. After Election Day, President Trump called for poll workers to stop counting votes in states where he was ahead (e.g., Pennsylvania) and to keep counting votes in states where he was behind (e.g., Arizona). On Saturday, a letter from Sen. Ted Cruz and 10 other current and incoming Republican senators called for the rejection of the Electoral College results and an “emergency 10-day audit” to investigate “unprecedented allegations of voter fraud.” (Add to that group the 140-plus House Republicans who are expected to object and vote against the results on Wednesday.) And we now have audio of President Trump pressuring Georgia’s Republican secretary of state, Brad Raffensperger, to recalculate the vote totals in his favor. It’s clear that Republican politicians don’t care about winning elections legitimately.

Republican leaders are showing who they are: seditious. And the runoff elections are referendums on them and on the state of the GOP.

They know the Nov. 3 election results were legitimate. You know why? Because they won on the very same ballots. What’s the likelihood that voting machines changed only the top of the ticket, or that poll workers brought in thousands of fraudulent ballots, but only wanted Biden to win, not down-ballot Democrats? Give me a break.

This brings us to the Georgia runoffs. In November, a considerable bloc of Georgians voted for divided government. They didn’t like Trump and voted for Biden, but they also wanted Mitch McConnell to maintain control of the Senate, and voted for the Republican incumbents, Sens. Kelly Loeffler and David Perdue. (Without third-party candidates in the November races, the two incumbent Republicans could have earned more than 50% of the vote, negating the need for runoffs.) Now, Republicans are asking those voters to double down on their support — and, in doing so, to essentially support their party’s freshly flamed conspiracy theories.

Loeffler and Perdue, for their part, won’t call Joe Biden “president-elect.” They won’t acknowledge the veracity of the election results. They continue to attack fellow Republicans in Georgia, like Raffensperger, who refuse to toe the party line.

I think a lot about a quote from an unnamed senior Republican official, who told The Washington Post in November, “What is the downside for humoring [Trump] for this little bit of time? No one seriously thinks the results will change. … It’s not like he’s plotting how to prevent Joe Biden from taking power on Jan. 20.”

We now know the downside of humoring Trump. It’s up to Georgia’s voters now: to vote for free and fair elections, and to repudiate the Republican Party's dangerous lies.

More like this
Watch Jacinda Arden’s Devastatingly Honest Resignation Speech
By Sam Ramsden
Man Meets Politics: ‘Boy Meets World’ Star Ben Savage Is Running For Congress
By Jake Viswanath
What The UK Blocking Scotland’s Gender Recognition Bill Means
By Sam Ramsden
The UK Government Is *Finally* Banning Conversion Therapy
By Sophie McEvoy
Get Even More From Bustle — Sign Up For The Newsletter
From hair trends to relationship advice, our daily newsletter has everything you need to sound like a person who’s on TikTok, even if you aren’t.