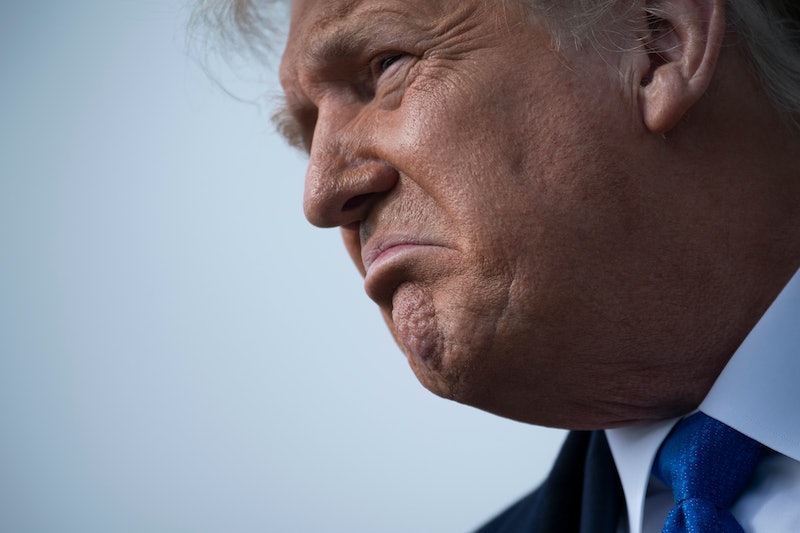 Democratic leaders Sen. Chuck Schumer and House Speaker Nancy Pelosi have both called to remove the president from office, either through the 25th Amendment or via another impeachment of Donald Trump. The former would require Vice President Mike Pence’s involvement, while the latter could happen independently from him.

Trump was, of course, impeached in December 2019 by the House of Representatives, but not convicted the following month by the Senate, which would have mandated his removal from office. He was the third president to be impeached. No president has been impeached twice, nor faced the prospect of impeachment twice — another “unprecedented” feather to potentially add to his MAGA cap.

Removing him from office is a growing current among Democrats. "My members are very much interested. My phone is exploding with 'impeach, impeach, impeach,’” Pelosi said on Thursday. Among Republicans, Illinois Rep. Adam Kinzinger became the first GOP lawmaker to publicly call for Trump’s removal. (That said, the House has recessed until after President-elect Joe Biden’s inauguration on Jan. 20, although it could be called back to session.)

If Pence refuses to intervene, how would impeachment pan out a second time?

Already, House Democrats have introduced articles of impeachment, spearheaded by Minnesota Rep. Ilhan Omar. The document accuses Trump of high crimes and misdemeanors, given his encouragement to the violent, extremist mob that ransacked the U.S. Capitol on Jan. 6. At least four people have died in connection to the attack. But ultimately, according to Vox’s Andrew Prokop, a House impeachment would only punt matters to the Senate, whose members are unlikely to convict the president. (A two-thirds vote by the chamber is required for that to happen.)

But, according to the Guardian, there is an additional option for the upper chamber. If a president is convicted by two-thirds of the Senate, the body can then vote again to bar the person from holding public office in the future. It would require a simple majority vote. There is precedent for this, and this vote could possibly happen after Biden is sworn in. It’s a path that hasn’t been tread in previous presidential impeachments, but one that Democratic legislators seem eager to pave.

Correction: A previous version of this story mischaracterized the procedural steps of the impeachment process. It has been updated.

This article was originally published on Jan. 7, 2021