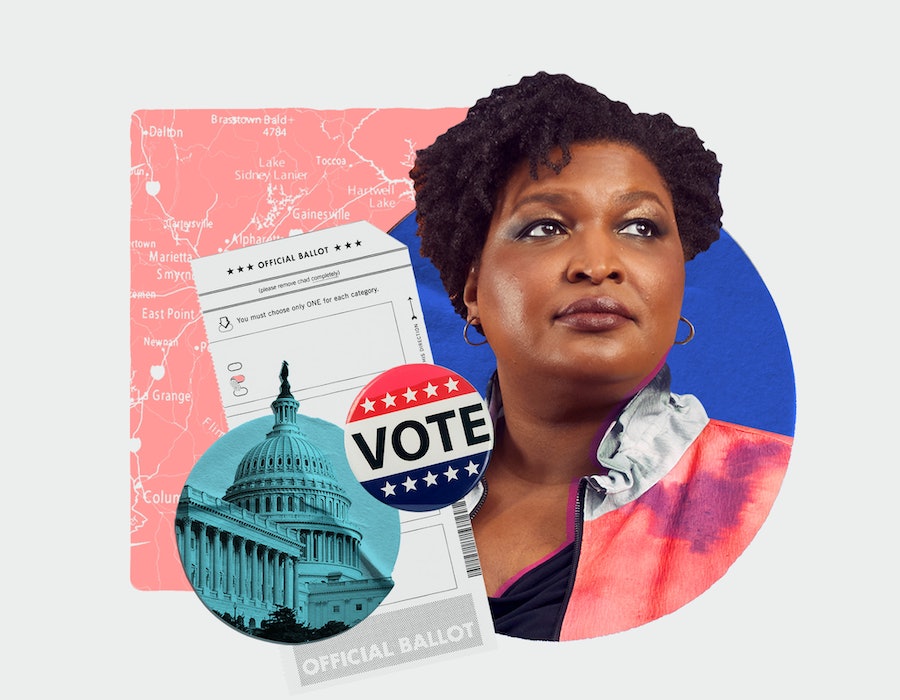 In less than a week, Georgia voters will cast the final ballots in a slew of closely watched races, including the much-anticipated gubernatorial rematch between Republican Gov. Brian Kemp and his Democrat challenger, Stacey Abrams. More than 1.6 million Georgians have already voted, a record-breaking number that tops 2018 figures, when Kemp eked out an eleventh-hour win. He was able to tally more than 50% of the vote, which is required in Georgia to avoid a runoff election. So, the big question: Can Kemp top 50% again?

This year, many polls show him leading and place him slightly above that 50% threshold. But polling accuracy ultimately depends on who shows up to vote, and Abrams is betting on her ground game. Since 2018, she’s hunkered down to fight voter suppression, has been credited as a major reason Georgia went blue in 2020, and was nominated for a Nobel Peace Prize.

“Georgia is a turnout state,” Abrams told Rebecca Traister for The Cut last month. “What I have been lauded for, what we have done in Georgia, has been to turn out voters that are often discounted.”

Plus, a few important asterisks are worth considering:

First, polling doesn’t always reflect reality. At this point in 2018, a poll by Trafalgar Group found Kemp ahead by 12 points, as noted by New York magazine. He won by only 1.4 points. If 2022’s polling mirrors 2018’s errors, Abrams could pull ahead. (It’s also worth noting that a Quinnipiac poll from mid-October found the race essentially tied.)

Second, it’s unclear how the overturn of Roe v. Wade will affect elections. Abortion is illegal in Georgia after six weeks of pregnancy, and the state has the country’s highest maternal mortality rate. Young people overwhelmingly support legalizing abortion, and in battleground states specifically, the top issues for young women (ages 18-29) are abortion access and women’s rights, according to a Ms. Magazine poll by Lake Research Partners. Will the young voters show up on Election Day? For many, it would be their first time voting.

When I talked to Abrams ahead of the 2020 general election, she reflected on her first time voting a few months after she turned 18. “I remember it was a humbling experience, especially when I’d been waiting for so long [to turn 18],” she said. “It was powerful, being able to pick who would speak for me.”

If Georgia voters do pick her, she’d make history as the country’s first Black woman to be governor. Below, she shares a few other “firsts” from her life.

First time you traveled outside of the U.S.?

My first time getting into politics was when I was 14 and decided to protest during apartheid.

I decided myself, and told Johnetta Cole, former president of Spelman College, in 1991.

In 2010, I realized that I had a chance and decided that I would run for governor one day.

More like this
The Indigo Girls Taught Me Queer Relationships Could Be Messy, Too
By Hannah Soyer
Google Wants You To Shop Black-Owned The Friday After Thanksgiving
By Dominique Norman
Allie Rowbottom Will Have Her Feminism With A Side of Botox
By Samantha Leach
Elizabeth Debicki On Her Approach To The Most Debated Scene From 'The Crown'
By Grace Wehniainen
Get Even More From Bustle — Sign Up For The Newsletter