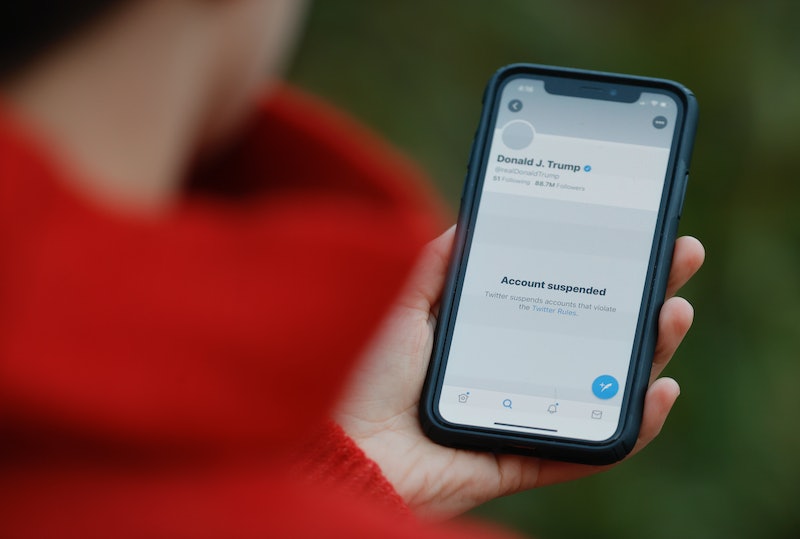 Twitter has permanently banned President Trump's account, citing "the risk of further incitement of violence," according to a blog post published Friday to the social-media platform. The decision comes two days after an insurrectionist mob breached the Capitol building, leading to at least five deaths.

"In the context of horrific events this week, we made it clear on Wednesday that additional violations of the Twitter Rules would potentially result in this very course of action," the post continued. "Our public interest framework exists to enable the public to hear from elected officials and world leaders directly. It is built on a principle that the people have a right to hold power to account in the open."

The company added that such accounts aren't "above our rules entirely and cannot use Twitter to incite violence."

Twitter's decision came after reviewing two tweets the president posted earlier on Friday and determining they were "highly likely to encourage and inspire people to replicate the criminal acts that took place at the U.S. Capitol on January 6, 2021." The platform cited several reasons, including Trump's tweet that he does not plan to attend President-elect Joe Biden's inauguration. The company says the statement is being interpreted by some of his supporters as additional confirmation that the election was not legitimate, and that it could imply the inauguration would be a “safe” target for possible attackers because he does not plan to go.

The company also said new plans for armed protests have already begun bubbling up on and off Twitter, including a possible attack on the US Capitol and other buildings on Jan. 17.

For years, Trump has used Twitter as his platform to decry the media, spread misinformation, and make announcements, from firing officials to banning transgender people from serving in the military, but until Wednesday, the president had never been suspended from the platform. The ban appears to apply only to his personal account. On Friday night he attempted to tweet from the government-run @POTUS account, which is still active, and those posts were quickly deleted. Trump has also been banned from Facebook for the rest of his term.