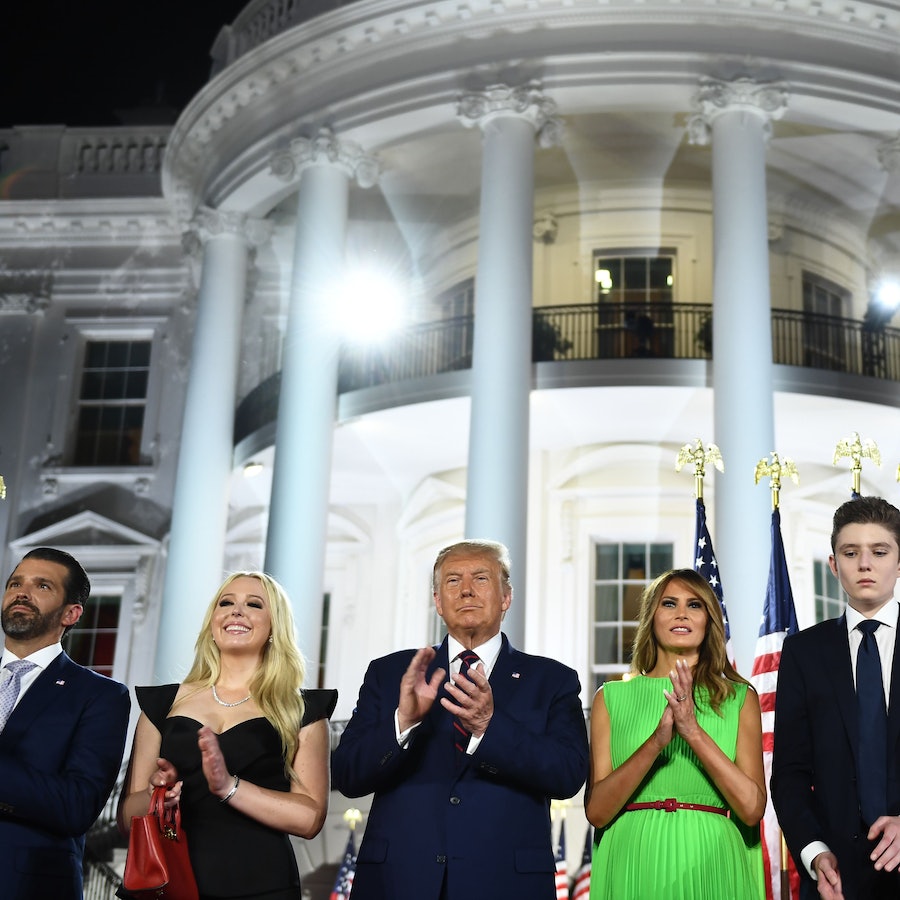 Throughout the convention, speakers leaned on President Lincoln as their Republican forefather, and no one as explicitly as Pence, who talked to viewers from the site of Lincoln's childhood home in Lincoln City, Indiana. (Historians argue that due to party realignment over time, "Trump’s party has embraced the ideas Lincoln opposed.")