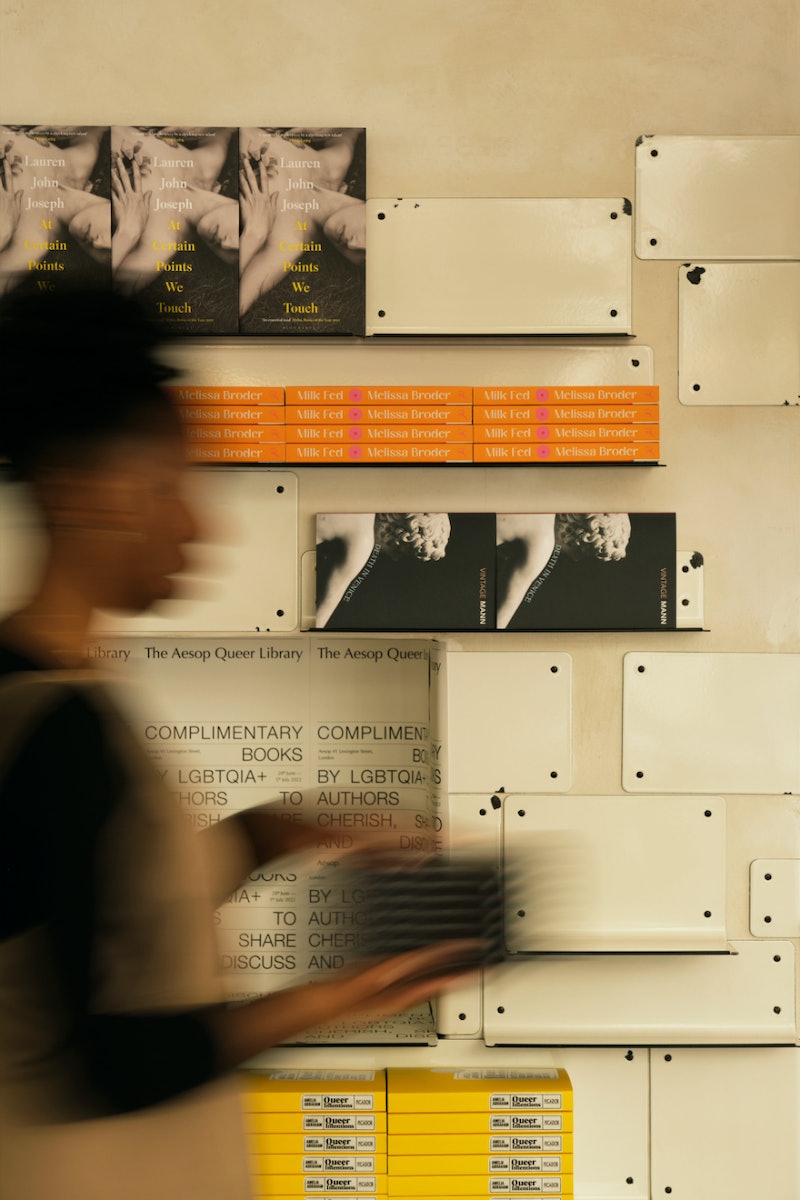 Nothing can capture the mind and heart like good storytelling, or so believes Australian beauty brand Aesop. To that end, the brand is bringing back its Queer Library, turning Aesop’s Soho outpost in London’s Lexington Street into a bibliophiles haven, highlighting authors from the LGBTQ+ community and uniting individuals with the power of words.

Of course, 2022 marks a special anniversary in the UK – 50 years of Pride UK – so Aesop will celebrate by offering shoppers a complimentary book of their choice from a diverse selection of books provided by London’s Gay’s The Word bookstore — a cornerstone for the queer community since 1979 — and a selection donated by Penguin Random House, too.

Among the 50 titles, voices, and experiences being shared are Paul Mendez’s celebrated novel Rainbow Milk, Sharan Dhaliwal’s guide-meets-memoir Burning My Roti, and Travis Alabanza’s None Of The Above, among classics from bell hooks, Bernardine Evaristo, and Audre Lorde. The full reading list can be found on Aesop's website.

In the spirit of representation and empowerment, the brand has also specially commissioned artworks by LGBTQ+ artists to exhibit. Illustrations by London-based artist Hayley Wall will be showcased digitally, and physically in the Soho store. Visitors can expect thought-provoking discussions, talks with authors, and a city guide featuring recommendations of LGBTQ+ spaces and experiences in their chosen city, too.

After London, the Aesop Queer Library will also pop up in cities like New York, Los Angeles, Tokyo, Hong Kong, and Tapei later this year.