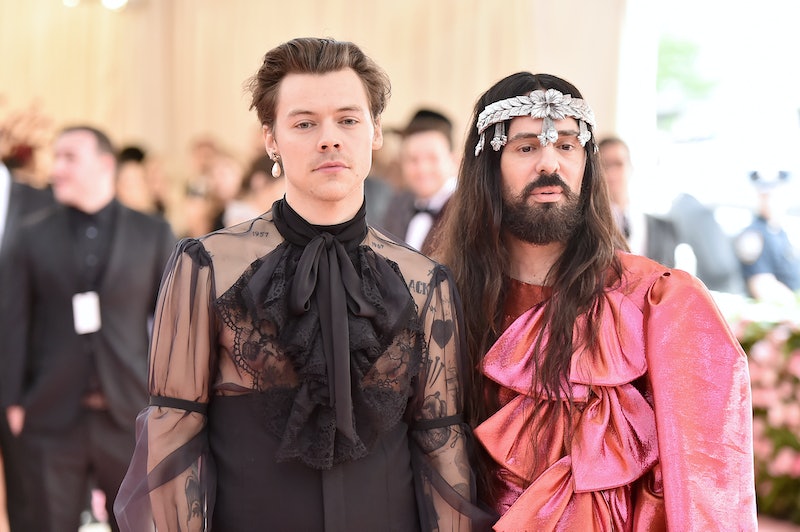 Major movements are happening in the fashion world. After twenty years of collaboration with Gucci, Alessandro Michele is stepping down as creative director of the Italian luxury label. Michele first began working with Gucci in the early noughties, when former creative director Tom Ford brought him in to head up the brand’s handbag design. From here, he steadily worked his way up the ranks, and when his predecessor Frida Giannini left in late 2014, Michele was given just a week to alter and improve her original designs for an upcoming menswear runway show. Two days later, he was given the top job of creative director thanks to his new vision: a “nonconformist, romantic, intellectual” aesthetic that completely transformed the luxury label’s image.

During a tenure that lasted almost eight years, Michele banned the use of fur at Gucci, committed to hosting carbon neutral events, cut down on annual runway shows to reduce waste, and did away with gendered collections for men and women.

He’s also well known for working closely with the celebrities he dresses. From the severed likeness of his own head that Jared Leto carried to the 2019 Met Gala, to Florence and The Machine’s grand, renaissance-inspired looks, Michele has helped to bring to life countless huge style moments at Gucci. As well as his collaborations with Dakota Johnson, Eurovision victors Måneskin, Billie Eilish, Idris Elba and Miley Cyrus, Michele is perhaps best known for his longstanding creative bond with Harry Styles. After putting the then-Directioner in a striking floral suit for the 2015 AMAs, the pair have worked together on virtually all of Styles’ looks ever since; and earlier this year, the duo teamed up for their own joint Gucci collection titled “HA HA HA.”

“There are times when paths part ways because of the different perspectives each one of us may have,” Michele wrote in a statement, sharing the update. “Today, an extraordinary journey ends for me, lasting more than twenty years, within a company to which I have tirelessly dedicated all my love and creative passion."

The likes of Naomi Campbell, Billie Eilish, and Donatella Versace all commented to thank Michele for his incredible work, while Harry Styles liked the post. Below, see how the internet has reacted to Michele’s departure.