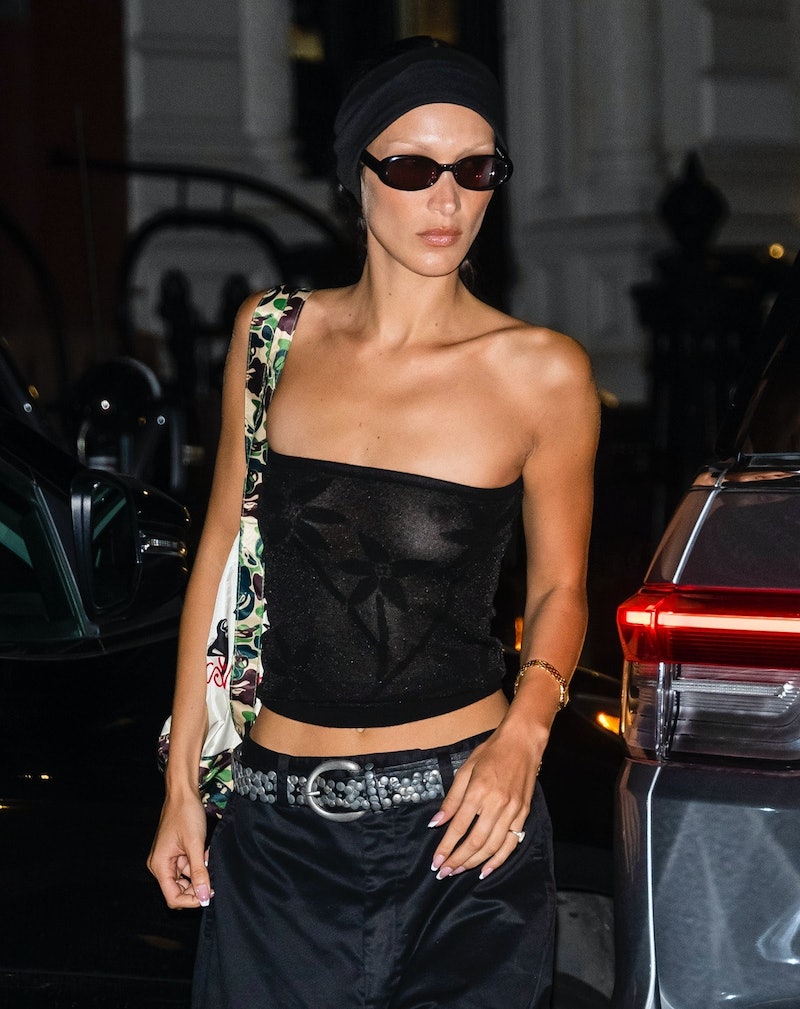 If we’ve learned anything in the years since Bella Hadid rose to supermodel stardom, it’s that your girl is a master at blending fashion from different decades. Also, she loves wearing black.

Hadid (A.K.A. Bels in my head) demonstrated the aforementioned in New York City on Thursday night when she stepped out in an outfit that was giving major early aughts vibes while simultaneously serving 1960s Brigitte Bardot. Allow me to explain (and keep scrolling to see for yourself).

Sporting a nearly all-black look, the model paired a sheer floral print tube top with shiny baggy pants, and sneakers. A very 2000s moment. She then accessorized with a printed shoulder bag, a studded belt, and sleek black sunglasses before topping things off with a thick black headband that covered her ears.

Now, if you refer to the below photos, you’ll clearly see a resemblance between Hadid and Bardot (who is pictured in 1963). Was the Kin Euphorics co-founder intentionally channeling the French bombshell? We may never know. But we do know her fashion choices are often influenced by trends from years past.

Talking about her affinity for vintage looks in a 2017 interview with ELLE, Hadid revealed she’s inspired by trends from the ‘70s and ‘80s. And when chatting about her style with Vogue earlier this year, she told the magazine: “I'm dead-on. I know what I like. I always have, since I was young. And I've never drifted.” For anyone who has studied her style (read: me), that much is clear.