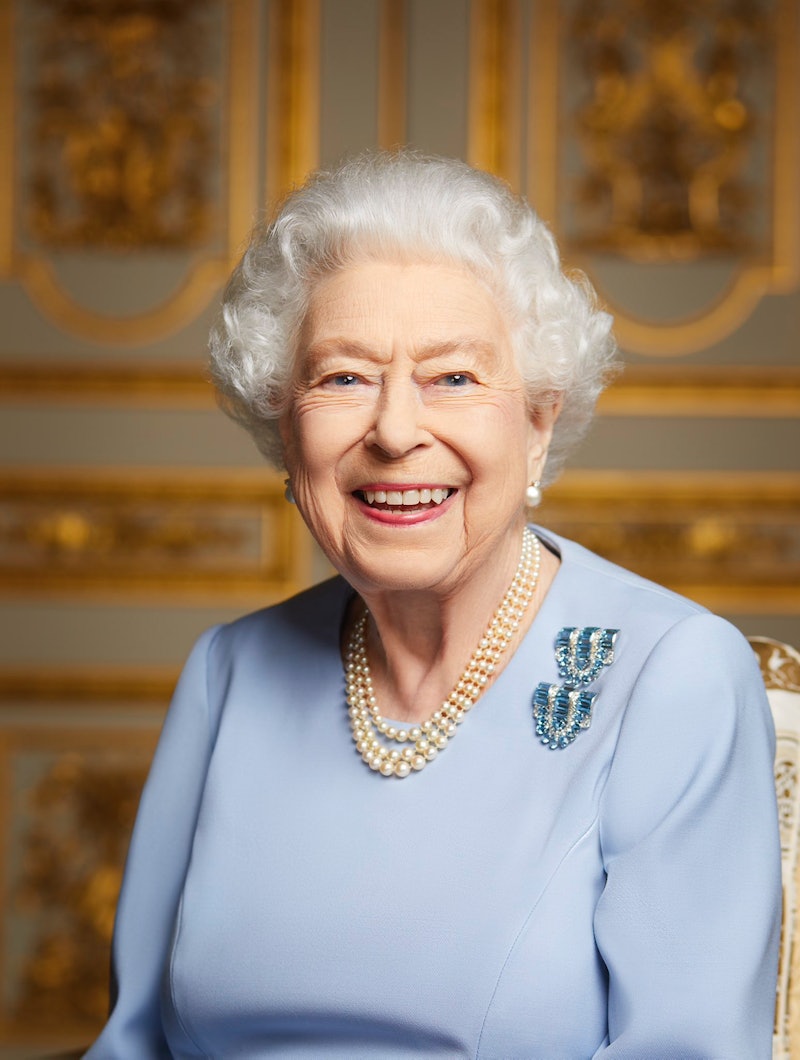 Buckingham Palace has released the last portrait of Queen Elizabeth II ahead of her state funeral. Late in the evening of Sept. 18, the royal family shared a poignant photograph of the late monarch. Taken by photographer Ranald Mackechnie just before the Platinum Jubilee celebrations, the picture shows the late monarch dressed in light blue at Windsor Castle.

Wearing a suit and her signature smile, one of the things that stands out most about this portrait is her stunning aquamarine clip brooches. The pieces hold sentimental value for the Queen, having been given to her by her parents, King George VI and Queen Elizabeth, on her 18th birthday in 1944. Per the BBC, she wore the brooches when she addressed the nation on the 75th anniversary of VE Day in 2020, as well as for her televised speech on her Diamond Jubilee in 2012.

The previously unseen portrait also shows the Queen wearing her signature three-strand pearl necklace, which was also a gift from her late father. Since her passing, the necklace has since been worn by Kate Middleton, who donned the three strands when she attended a lunch reception at Buckingham Palace, which she teamed with a pair of diamond and pearl earrings that previously belonged to the late monarch, too.

Known as the Silver Jubilee Pearl Earrings, according to the Court Jeweller, the Queen first wore them during the 1977 event celebrating the 25th anniversary of her accession to the throne. The Princess of Wales wore them for the first time during a visit to the Netherlands in 2016, which was her first solo royal tour.

Catherine, Princess of Wales had worn the diamond and pearl earrings on numerous occasions, including when she and Prince William greeted Commonwealth troops taking part in the state funeral and as she and the Prince of Wales viewed floral tributes left outside Sandringham’s Norwich Gates.