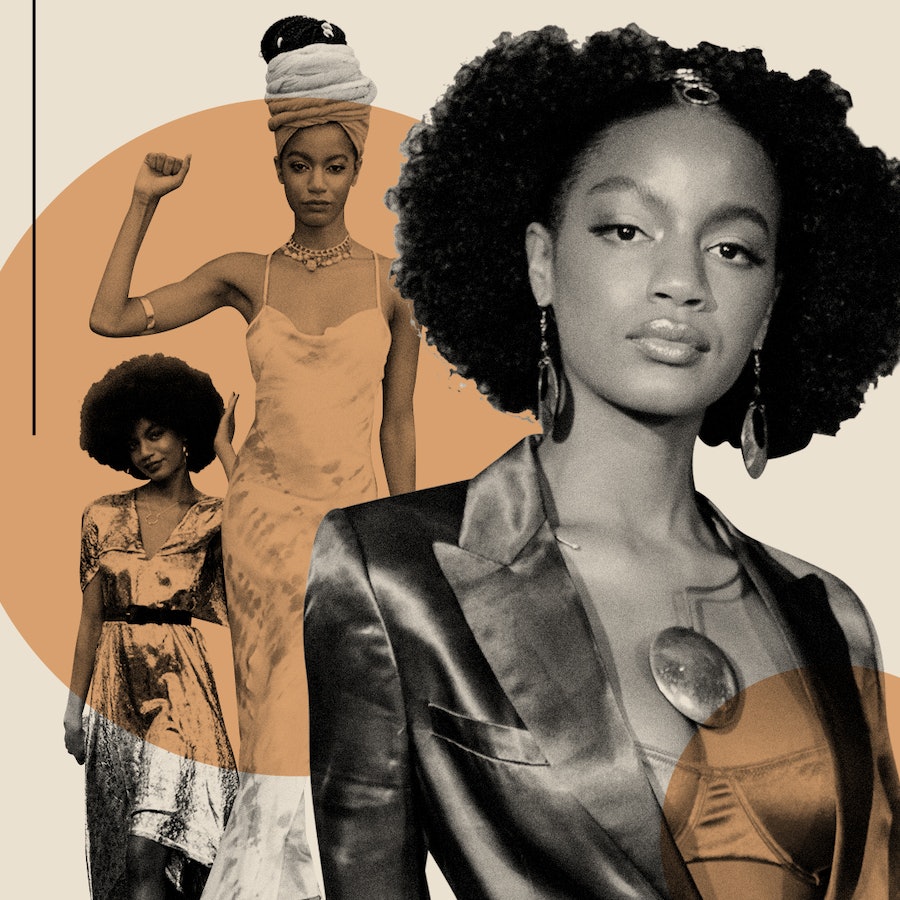 Since Ebonee Davis burst onto the scene in 2016 after landing a starring role in a Calvin Klein campaign, the America’s Next Top Model alum has used her platform to speak out against racism in the fashion industry and to advocate on behalf of Black people — without fear of retribution. Now, with protests against police brutality bringing conversations about racism to the fore, the fashion industry is finally addressing topics Davis has been vocal about for years. In this essay, the supermodel examines fashion’s reaction to this racial reckoning, what the industry needs to do to remedy its treatment of Black people, and what the future should look like.

A question that comes to mind since the protests began is: Why now? COVID-19 seems to have cultivated just enough empathy in white people to consider that what we’ve been saying about our mistreatment and the corruption of the system has been true all along. Since we are all collectively being affected by COVID-19, some people are starting to realize that our system is flawed.

When it comes to fashion, I see a lot of people and companies reacting to the protests and increased calls for diversity in fashion. I find it very upsetting when I go to a photographer's profile and they have a Blackout photo and another Black Lives Matter photo with some text over it. Then I scroll down their page and not a single Black model is featured. This is a time for them to examine their biases because people in fashion have a tendency to project the blame onto others.

I had to hold myself back over the last couple of days to not call out some of this fraudulent behavior. I say fraudulent because it's fake as f*ck for people or companies to post a picture as if they support the movement when I don't see any solidarity otherwise. If brands in particular are going to continue to stay in business, they need to be responsible and authentic with their messaging and do the necessary work to make this world more inclusive and equitable.

But there is a more productive route than calling out people on social media. I am not going to exhaust myself and dilute my message by hopping on Instagram and jumping underneath people's pictures and writing comments. Things need to change on a systemic level. It's more effective for me to create a way to hold the industry accountable — and I have.

Anybody who is in front of a door needs to be held accountable: casting directors, agents, and sometimes even photographers. They don’t realize the power and responsibility that they have.

There has to be accountability when it comes to how our culture is appropriated as well, and that has to involve some type of payment. Culture comes from us, period, bottom line. We are the source. If people want to borrow from our culture, they need to pay for that. They can no longer steal it.

I did the TEDx talk “Black Girl Magic in the Fashion Industry" in 2017. At that time, the industry wasn’t ready to accept such a radical message. But it’s been needed for a very long time.

I think the editor-in-chief of America’s top fashion magazine has had her run, and she needs to resign.

Several magazine editors may need to step down. I think the editor-in-chief of America’s top fashion magazine has had her run, and she needs to resign. She’s done an incredible job building the magazine into what it is today and there has definitely been an effort that I have seen in the last couple of years to diversify the staff. But despite recent efforts toward inclusion, there has not been enough meaningful progress, which is why we continue to see the same white photographers, models, and talent dominating the pages of that magazine.

We have seen some amazing Black talent ushered in and given a platform and the opportunity to shine, including photographer Tyler Mitchel, who became the first Black person to photograph the cover of American Vogue. However, at the same time, we need a new vision. I see the same people on those covers all the time. Rotating through the same 10 white women and two Black women is not enough.

Casting directors also need to shift their perspective to prioritize casting diverse talent that is reflective of the society that we live in. They cannot continue to cast based on archaic beauty standards that place skinny white women ahead of every other group.

That part of the industry is so crucial because these are people who are essentially trained in their biases. Often, their “preferences” are based on what was acceptable in the past when Black people had limited rights, few opportunities, and were seen as physically and socially undesirable. This way of thinking has been in place for far too long and doesn't take into consideration the current climate and demand for representation.

Agencies, similar to casting directors, have been programmed to value certain standards of beauty. They are trained from the higher-ups, the people who were agents in the '80s and have these very fantastical ideas of what the industry should be like. Those ideas aren't necessarily realistic or applicable for today.

At this point, however, I’m not really concerned with having a seat at anyone's table. I’m more focused on what we are doing as Black people to create our own systems, to work among ourselves and create our own ecosystem of creativity and health care and self-governance. We are totally and completely capable of working independently to create what we want to see rather than asking for it to be done for us.

If we are asking for anything from our oppressors, it's just for them to literally get off our backs.

If we are asking for anything from our oppressors, it's just for them to literally get off our backs so that we can do what we need to do for ourselves among our community — not necessarily that they need to go ahead and build the structure for us. Just stop drowning us, stop holding us down.

The future for Black people in fashion is really just us working among ourselves. I see a total reversal in control — not so that we get into a position and oppress white people, as they have done to us, but because we are the source of creativity, we should be the ones to control it. There’s no reason why we shouldn't have ownership over the creative ideas that come from us.

I see a reversal of power in the future for us. And that's what I'm working toward every day. My job, my purpose here, is to empower Black people in whatever medium, shape, or form. That's what I'm currently, always, and forever striving for.

As told to Amira Rasool. This interview has been condensed and edited for clarity.