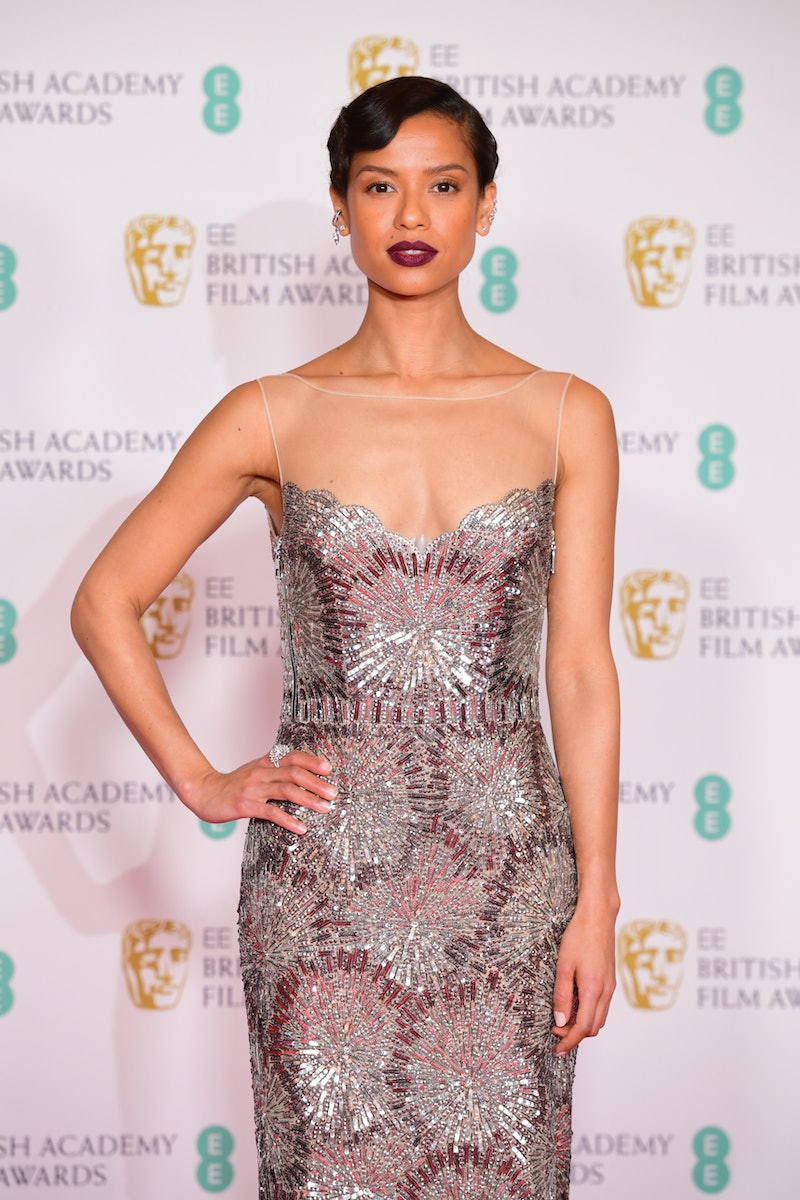 The lack of live audience or, indeed, a “real” red carpet didn’t stop the 2021 BAFTA attendees from upping the sartorial ante. While Nomadland, Soul, and Promising Young Woman were among the biggest winners of the night, the fashion story was all about high glamour.

While some award presenters and performers were able to be at the Royal Albert Hall IRL – looking at you, Gugu Mbatha-Raw, Sophie Cookson, and Phoebe Dynevor – others were beamed in via Zoom, from their homes or presenting from Los Angeles. The common thread between them all? The iridescent detailing, shimmering materials, and decadent old Hollywood vibes.

The BAFTAs are no stranger to fashion statements or memorable moments, even if the Academy Awards like to take the the lion’s share of the style pie. Recall Naomi Cambell’s halterneck dress from 2000, Audrey Hepburn’s Givenchy moment from 1984, Cate Blanchett’s 2016 Alexander McQueen gown, and Catherine, the Duchess of Cambridge’s multiple appearances, too.

But back to the present. If we were giving out awards for fashion, the prize for the most dazzling would have to be shared by Mbatha-Raw and Cynthia Erivo, both of whom lit up the stage in high-octane Louis Vuitton looks. The stealthy glamour of Anna Eberstein, Hugh Grant’s partner, could not be missed though. Nor could the detailing of Sophie Cooks’ shoulders, or the smouldering refinement of Dynevor’s asymmetric look.

Ahead, find 8 high-glam looks that won the 2021 BAFTAs red carpet.