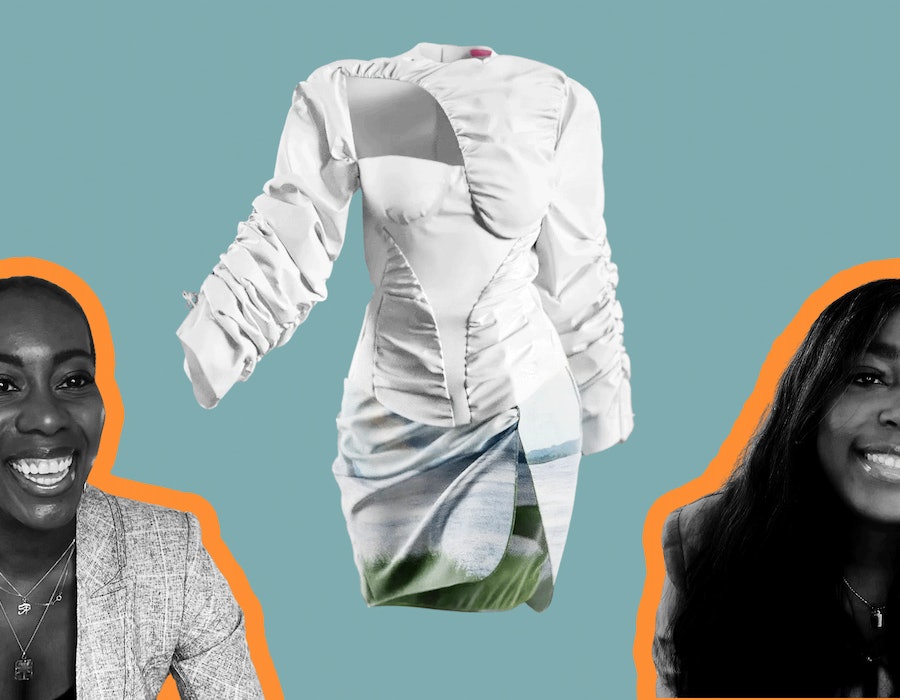 Every now and then, a designer comes along and completely reimagines fashion as we know it. Hanifa is one such disruptor. Earlier this year, as brands scrambled to respond to the coronavirus pandemic and retool their seasonal presentations, Hanifa made an unprecedented decision to host a virtual fashion show with silhouettes of 3D models on the runway. The one-of-a-kind production immediately went viral.

“I stumbled upon the 3D stuff a few years ago and when the pandemic happened, I was like, ‘OK girl, you have the time,’” Anifa Mvuemba, Hanifa’s founder, reveals in the latest episode of Bustle's 'Future of Fashion' video series. “It took me back to that moment in my career where I was so passionate. A lot of it had to do with enjoying the process and not caring about what other people thought.”

Mvuemba says she opted for the 3D approach not only out of necessity due to the pandemic, but also because she wanted people to focus on her designs. Also important? Highlighting inclusivity when it came to the body types for the virtual models.

“One, I wanted everyone to just focus on the garments,” Mvuemba explains to Bustle Digital Group Vice President, Fashion Tiffany Reid. “And two, I wanted every single woman who was watching the show to actually see themselves in the clothing. It was really important for me to make sure that it looked exactly like the actual sample and actual product.”

The designer says that she makes apparel for the woman who is “so confident in herself.”

“She can walk into a room, not say a single word, and what she has on is speaking volumes,” Mvuemba shares. “I have curves, my friends got curves, we all have these assets. It was only right for me to highlight and portray that in the show.”

She challenges the industry to examine its own definition of inclusivity and what that looks like right now.

“I personally feel like the fashion industry isn’t as inclusive, not just talking about sizes,” she says. “It’s so hard coming into fashion as a Black woman, as an emerging designer that nobody knows. It’s always felt like a struggle. Something I’ve really stepped into is just being myself and doing what I wanted to do.”

Watch the 'Future of Fashion' episode above to hear more from Mvuemba on her innovative approach to design and the key lessons she learned about creating art in a time of crisis.

More like this
42 Black Owned Fashion & Beauty Brands To Support Today & Always
By Mekita Rivas, Shea Simmons, Kui Mwai and Dominique Norman
Social Media’s Favorite Fashion Influencer is Meredith Blake from ‘The Parent Trap’
By Morgan Sullivan
Everything You Need To Know About NYFW’s Spring/Summer 2023 Schedule
By Bella Gerard
Linda Evangelista Leads Tributes To Iconic Fashion Designer Issey Miyake
By Sophie McEvoy
Get Even More From Bustle — Sign Up For The Newsletter