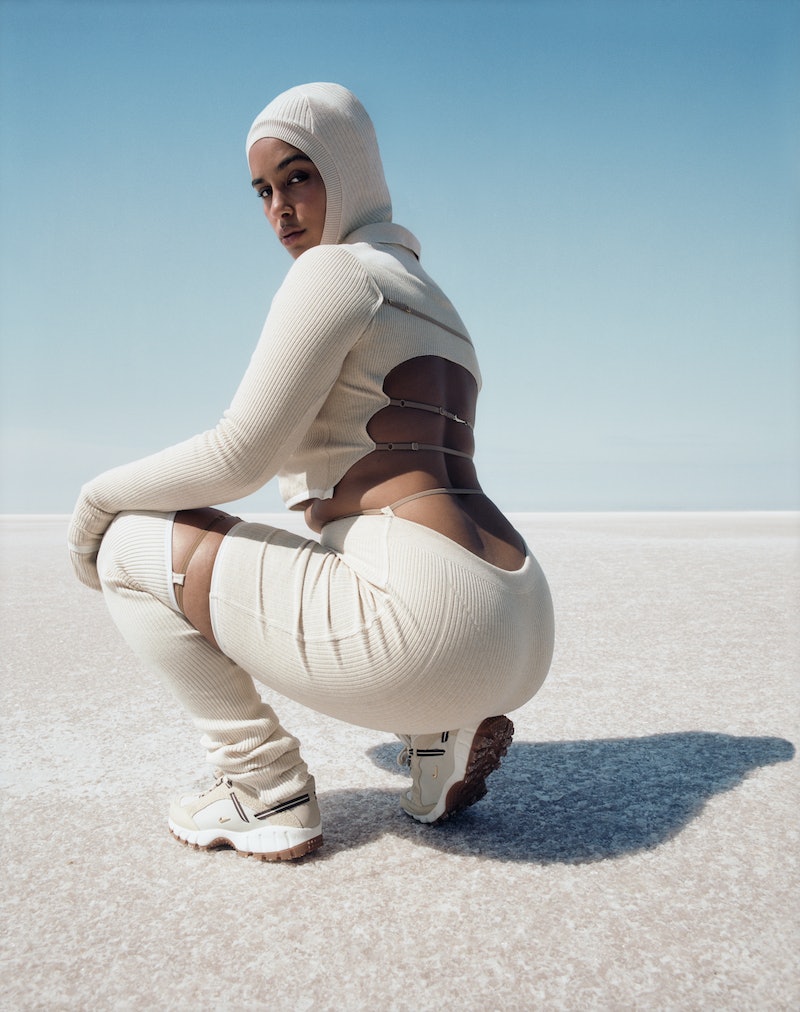 Simon Porte Jacquemus describes his new crossover with Nike as “super light, super sensual.” Speaking to British Vogue, he explained that “sport was always super important in the Jacquemus DNA”, and now, the Paris-based designer is diving headfirst into a collaboration with the sports giant. Announced via Instagram, because this is 2022 after all, the collection is tennis-inspired, just in time for Wimbledon. Jacquemus also announced that they will be previewing several of the Nike pieces in the new collection, LE PAPIER, which is also being showcased on Jun. 27. Below, find out everything you need to know about how to buy the Jacquemus x Nike collab in the UK.

The collab has been four years in the making, with Nike first reaching out to Jacquemus in 2018. The fashion founder was already a fan of the sportswear brand, and referred to the process of concepting and designing with the brand as “mind-blowing.”

“I have always been inspired by vintage ACG pieces and Nike campaigns from the 90s. Having this imagery in mind, we designed women’s athletic wear with sensuous details and neutral colours, along with my own interpretation of the Humara, my favourite Nike shoe,” Jacquemus said on working with Nike.

Currently, the collection will be available exclusively at jacquemus.com from Tuesday, Jun. 28. Alongside the trainers, the 15-piece collection will include items such as a pleated tennis skirt, a bucket hat, a backless dress, and seamless pearl-white bike shorts. For those thinking of the iconic Princess-Diana-In-Bike-Shorts look, Jacquemus was thinking the same thing. He told Vogue that “Lady Di’s sport looks” is one of his obsessions.

Although there’s no word yet on how much the Jacquemus x Nike collab will cost, it probably won’t be a budget buy. Short dresses are currently retailing for around €700 on jacquemus.com, while bucket hats range between €100 to €200. And it’s likely this collab will see items in a similar price range.

Jacquemus’ most recent catwalk took place in Hawaii, with the pioneering show showcasing all locally-cast models, many of whom were making their first appearance in the fashion world. Celebs in attendance of the new collection included SZA, singer Jhené Aiko, and influencer Bretman Rock.

This article was originally published on June 22, 2022