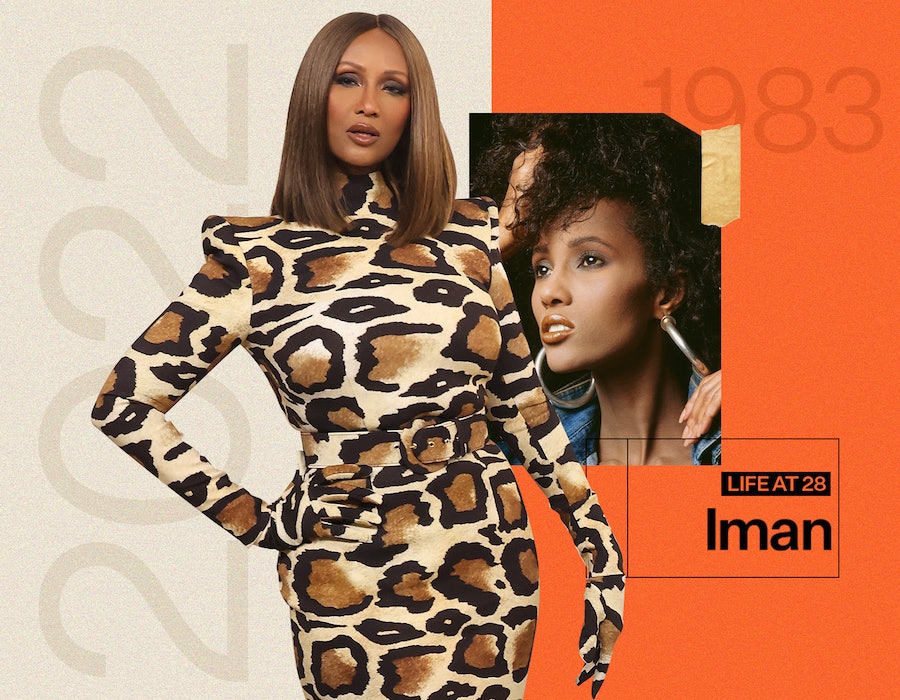 Iman changed the face of fashion after being discovered in Nairobi, Kenya in 1975. Iman quickly took up the role of activist, advocating for equal pay in the modeling industry. The Somali model later launched Iman Cosmetics in 1994 as a resolution to the lack of makeup options for Black women — and her accomplishments didn’t end there.

Alongside fellow models Bethann Hardison and Naomi Campbell, the three fashion legends united to create the Diversity Coalition in 2013 — an offshoot of Hardison’s Black Girls Coalition, initially formed in 1989 to support Black models and bring attention to the lack representation in fashion.

“Eyes are on an industry that season after season watches design houses consistently use one or no models of color,” the trio wrote in an open letter at the time. “No matter the intention, the result is racism.”

Now, Iman, 67, is the executive producer of a six-part docuseries, Supreme Models based on Marcellas Reynolds’s book Supreme Models: Iconic Black Women Who Revolutionized Fashion. The YouTube series tells the stories of top Black models and their impact on the fashion industry, the Civil Rights and Black is Beautiful movements, and American culture as a whole.

Here, Iman discusses the project, her experiences in the industry as the first African supermodel, and how the industry has changed since she was 28.

Take me back to 1983, when you were 28. What was the modeling industry like? What was your life like?

I was in an industry where I was being celebrated, and then you see certain jobs that were not available. There was always this push and pull, a season that we were celebrated and then a season that we were not. I was at the height of my career. It was around the time that I was also working for designers and was a muse for Thierry Mugler. But it was not far from retiring in 1989.

What did a typical Friday night look like at 28?

Oh, dear God. I’d buy that energy if I had it. It was not as full throttle, like it was the late ’70s, early ’80s. By then, we knew a little bit better of how to take care of ourselves — because before that, it was more of the, “You’re up 24 hours. You go to work, you finish work, you do a disco nap, and then you’re out all night and then back to work the next day.” By 1983, we are a little bit more aware of how to take care of ourselves.

Were you already starting to think about retirement at 28?

No. That’s never in your forefront. I’ve always believed in leave at the top — know your entrance and especially your exit. You want to leave at the height of your career and not at the lowest, because then at least you still have some self-esteem and self-assurance. It’s not like you’ve been kicked out, but you left on your own terms.

In Supreme Models, Marcellas Reynolds says that you changed how the West perceives African beauty. At 28, did you expect to have that kind of impact?

I came to the United States at the end of ’75. I was fully aware of my contribution, my worth in the industry. I was completely aware of what was going on, because it started from the first day I arrived here.

In ’76 my agency, Wilhelmina, told me what I was being booked as and the price, and I said, “Is that the same price that they’re paying top models?” They said, “They pay you what they pay Black models.” I said, “Wait — hold on — they’re not paying Black models and white models the same amount?” They said no. I said, “Well, first, that’s a racist act.” But second, I said, “I want to be paid for services rendered, meaning I want to be paid for the job I do.” They said, “Well, that’s not the way it is, and they will not pay Black models the same amount.” I said, “Call me when they’re ready to pay that.” I didn’t work for three months. I wasn’t going to settle for that. So at 28, I knew my worth.

What would you describe as your best memory of 28?

My best memory is what a Black model brings to the runway — how it was across the board celebrated, whether it was in Japan, London, Paris, Milan, or New York. It was a different way of seeing us. We were always there, and we were always celebrated, but it would become a global phenomenon.

Lots of things, culturally, were changing — specifically, music. There is things that change the culture in a big way, and it’s never just fashion and beauty. It starts with music. We have witnessed it with rock and roll and hip-hop. There is nothing like music that brings the whole world in the same place. Everybody had the same language and the same movement. So that’s a big cultural shift. To see that it comes from the Black community and Black culture, it just changes how people look at beauty and look at each other, especially young people.

You, Bethann, and Campbell came together to create the Diversity Coalition in 2013. Do you feel like things have improved in almost 10 years?

In 2013, there was a big article in the New York Times about the white-out of the runway. So Naomi and Bethann and I got together to correct that. That was the second phase of the Black Girls Coalition. It was incredible to hear that some designers have never used Black models from their inception or that Prada didn’t use black models for six years. If that was 2013, imagine it in 1983. There were more Black models working at that time than 2013. So you go one step forward and three steps backwards.

The change was palpable. Within six months, we saw the change because we were very clear about our point of view. It’s not like we were calling for canceling designers. We were calling them in, because designers were using casting agents and the casting agents are calling the modeling agencies, saying, “We don’t need Black models this season.” So it was highlighting what was wrong and what needs to change. But what was different [in] 2013 was that in the ’60s, “The revolution will be televised.” This time around, it was, “The revolution will be on social media.”

And do you feel like that’s carried through 10 years later?

It goes back and forth. Fashion is very cyclical. For Black models, more doors have been opened. There were more Black designers highlighted and put in spaces where they were never seen before — whether it’s Vogue.com or Harper’s Bazaar or Marie Claire or Vanity Fair. Black photographers, Black stylists, Black hair and makeup — all of a sudden, those people who were there from day one have all been given a platform. So the change is quite vocal since 2013, and it’s not just because of us. We might have started it, but a lot of has happened since then that social media [has] highlighted and put light on those dark corners in our industry.

Don’t worry about a thing — it’s going to be all right. Be aware. Be awake. Don’t get just in a tunnel vision. I’m 67 years old. Young generations are really stepping up. The allyship, the showing up for one person to understand what their problems are — to have an empathy for them, it is a big movement.

Interview has been edited and condensed for clarity. We may receive a portion of sales if you purchase a product through a link in this article.

Supreme Models: Iconic Black Women Who Revolutionized Fashion
Amazon
Available in hardcover or Kindle
More like this
Google Wants You To Shop Black-Owned The Friday After Thanksgiving
By Dominique Norman
A Definitive Guide To The Best Gucci Bags Worth Investing In
By Allie Fasanella
Givenchy’s Shark Lock Boots Are Having A Major Moment Once Again
By Allie Fasanella
Elizabeth Debicki On Her Approach To The Most Debated Scene From 'The Crown'
By Grace Wehniainen
Get Even More From Bustle — Sign Up For The Newsletter