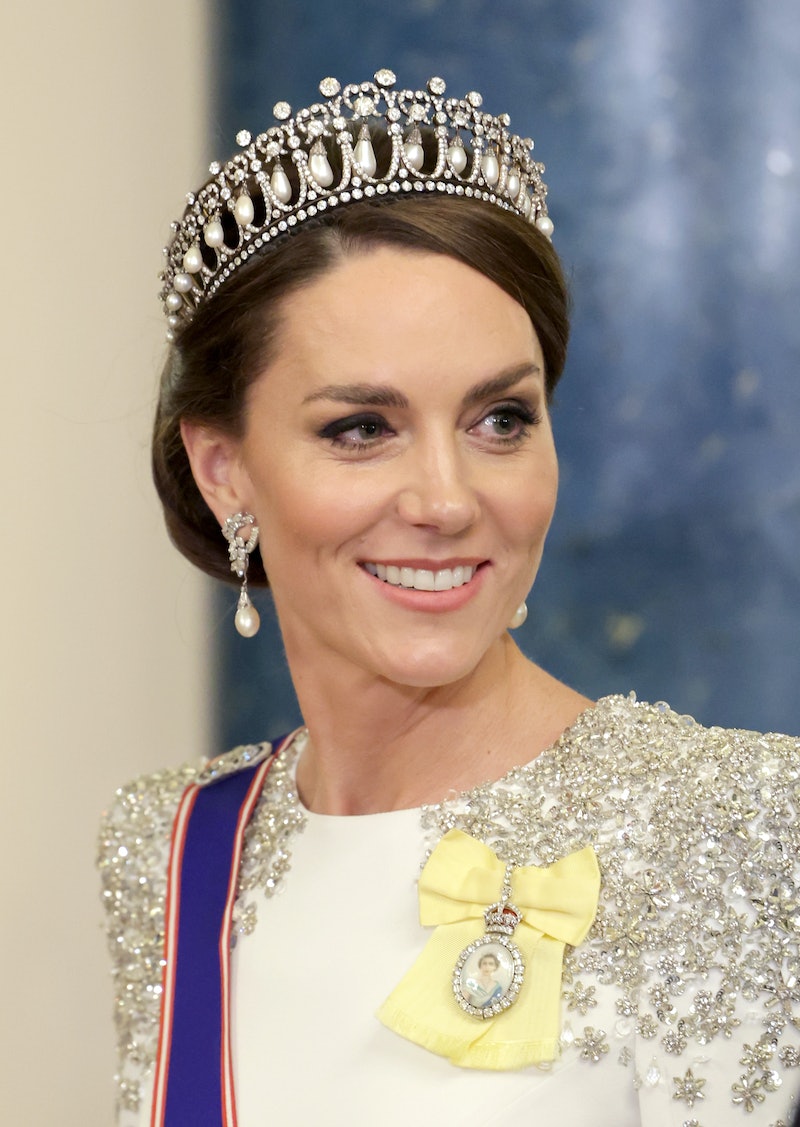 As she ascends the line of succession, Kate Middleton’s fashion choices are increasingly examined by royal spectators who often pick up on her subtle style tributes to her late mother-in-law Princess Diana and other royal women who came before her. During a Buckingham Palace banquet on Nov. 22 – her first since taking on her new title – the Princess of Wales stepped out in a white Jenny Packham dress along with a breathtaking diamond and pearl tiara. However, it was another piece of jewellery worn by Middleton that really caught people’s eye, and the accessory has a very special meaning.

As per Town & Country, the senior royal’s simple pearl bracelet previously belonged to Queen Elizabeth II, who passed away at the age of 96 in September. Middleton’s bracelet wasn’t the only tribute she wore in honour of the late Queen. The Princess’ aforementioned tiara, which she has now worn on nine different occasions, also once belonged to the former monarch.

As per Vogue, the Lover’s Knot Tiara was first created for Queen Mary back in 1913 and is made up of shimmering diamonds and 19 hanging pearls. Queen Elizabeth II eventually acquired the royal headpiece and famously lent the tiara to her daughter-in-law, Princess Diana.

Middleton also donned two royal badges to compliment her evening wear at the Palace banquet — the badge of the Royal Victorian Order, which was gifted to her by the late Queen, and the yellow Royal Family Order of Queen Elizabeth II.

Meanwhile, during the Buckingham Palace dinner — that was held in honour of the South African president’s state visit — Camilla, Queen Consort, also paid tribute to her late mother-in-law, wearing a diamond and sapphire tiara, necklace, and bracelet set that was worn regularly by Queen Elizabeth II during her 70-year reign.