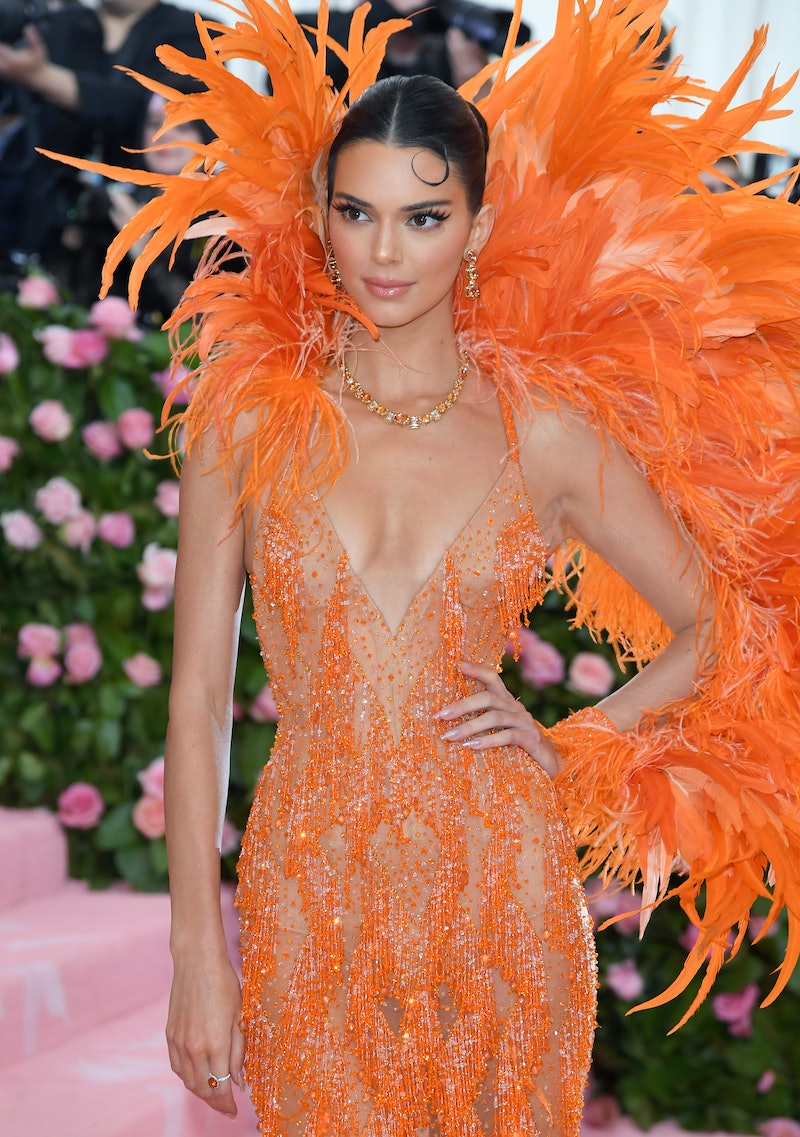 The first Monday in May, a.k.a the Met Gala is inarguably the biggest night in fashion. It’s something like Christmas morning for fashion lovers who are just waiting to see what their favorites will be wearing.

And as one of the world’s top supermodels and biggest style icons of the moment, Kendall Jenner’s appearance on the Met steps is always eagerly anticipated. A Met Ball regular since her first appearance in 2014, the reality star-turned-model is no stranger to the flashing lights and avant-garde looks that come along with what many refer to as “the Oscars of Fashion.”

Almost every time she's attended, Jenner has dropped jaws — going all-out in ultra revealing looks embellished with dazzling crystals, sequins, and, once, massive feather plumage. Known to favor sultry cut-outs and diaphanous dresses, she even put her thong on display under a see-through gown in 2017. She’s fearless and you’ve got to love her for it.

Only twice (at her first Met Gala in 2014 and again in 2018) did Jenner sport a more subdued ensemble, giving just as much elegance and style even with the minimalist looks.

To that end, let's take a stroll down memory lane and look back at Kendall Jenner's hautest outfits.

More like this
Harry Styles’ Red Carpet Looks Have One Thing In Common
By El Hunt
Bella Hadid's Flare Jeans Under A Dress Outfit Is So Nostalgic
By Allie Fasanella
These Are Kylie Jenner's Best Paris Fashion Week Looks... So Far
By Dominique Norman
Hailey Bieber Channeled Jackie Kennedy At Paris Fashion Week
By Allie Fasanella
Get Even More From Bustle — Sign Up For The Newsletter

This article was originally published on May 2, 2022