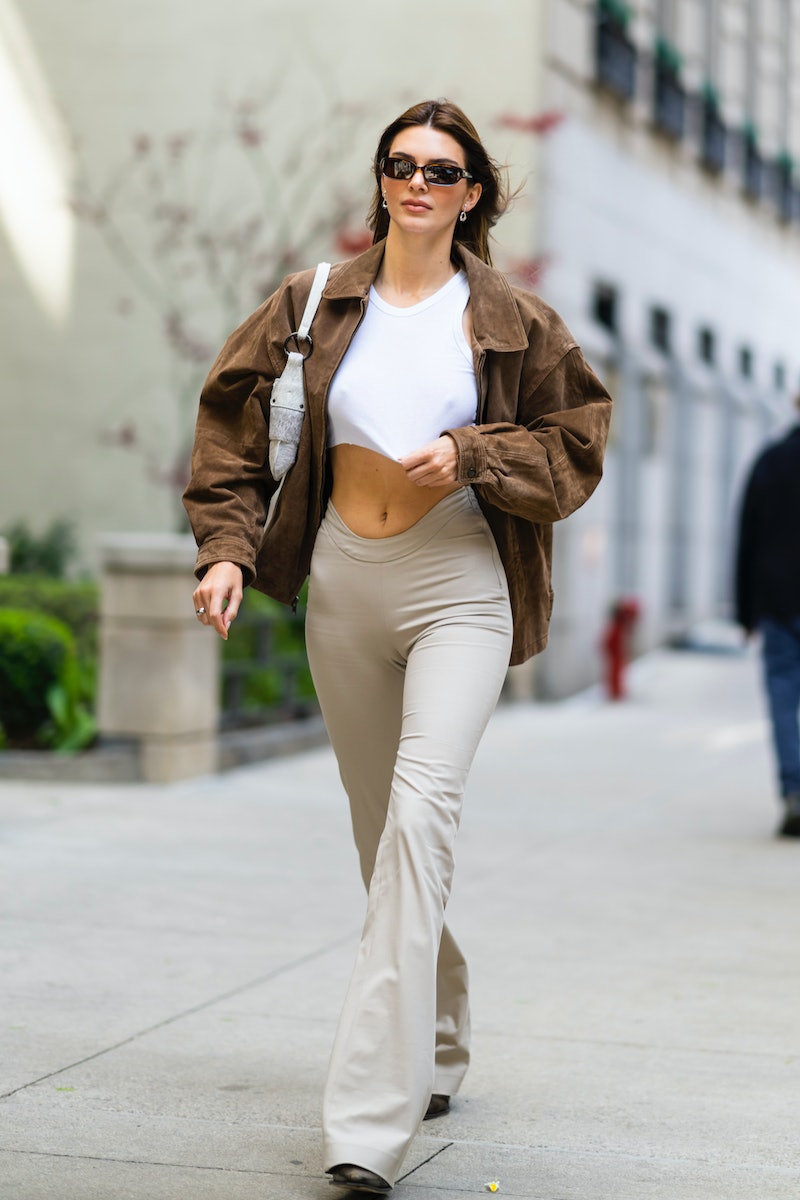 Micro tattoo lovers, prepare for some major inspo: Kendall Jenner has a new tat and it is super tiny. The model, who is no stranger to (tiny) tattoos, showed off her fresh ink on Instagram. On Instagram Stories, Jenner revealed an incredibly tiny cowboy boot tattoo on the inside of her ankle. She captioned the pic “when at the rodeo...”

If you look at the supermodel’s most recent Instagram post, her caption makes more sense. Jenner actually did attend a rodeo in Wyoming, which she showcased in a carousel that included a photo of her posing in a shirt that read “j’adore cowboys,” another of an actual cowboy riding a bull, as well as a pic of long-time Kardashian-Jenner friend Harry Hudson. Clearly she’s had some good ol’ country fun that she wanted to memorialize with a tat.

The cowboy boot design was done by Los Angeles and New York-based artist Kate McDuffie, the founder of The Ghost Kat art studio. Inspired by a real cowboy boot — which McDuffie posted on her Instagram — Jenner’s tattoo features extremely fine linework and detail. The art captures the exact stitches and ridges of the boot Jenner took inspo from, which you can see in McDuffie’s close-up photo of the tiny tat. For her caption, McDuffie wrote “Teeniest cowgirl boot for Kendall.” Underneath the artist’s post, Jenner replied with a single word: “boop.”

Fans were impressed by the microscopic nature of the tattoo and how much detail McDuffie was able to pack into the teeny tiny space. “The detail,” one user commented, adding a chef and kiss emoji. “Girl how tf,” another wrote, echoing how impressive (and baffling) McDuffie’s ultra-mini linework is.