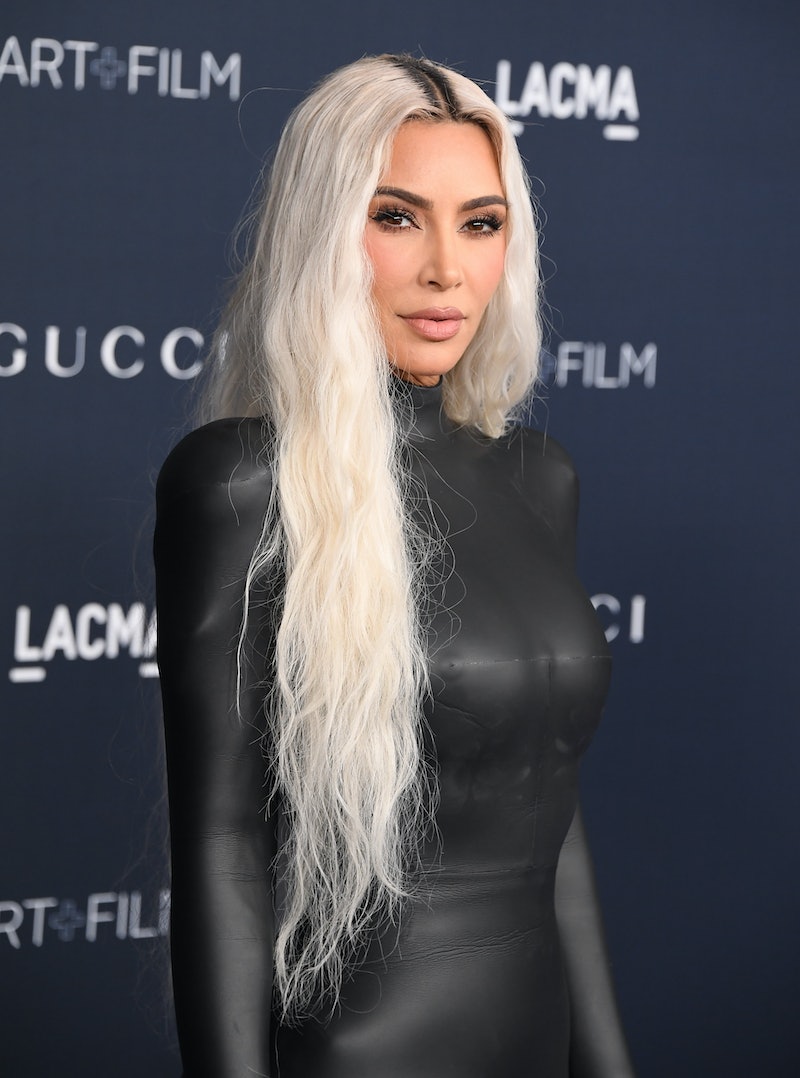 In the same week that Gucci’s celebrated designer Alessandro Michele stepped down from his role, another luxury fashion house sparked conversations, albeit for a very different reason. Demna Gvasalia’s Balenciaga was forced to pull two controversial sets of images promoting their Spring 2023 collection and an Adidas collaboration last week. One of the campaigns featured children holding teddy bears which had bondage apparatus on them. Amid the uproar, fans had been calling on the brand’s high profile ambassadors, most notably Kim Kardashian, to speak out.

On November 27, the star directly addressed the controversy in a statement shared on her Twitter and Instagram profiles. "I have been quiet for the past few days, not because I haven’t been shocked and outraged by the recent Balenciaga campaigns, but because I wanted an opportunity to speak to their team to understand for myself how this could have happened," Kardashian wrote. “As a mother of four, I have been shaken by the disturbing images. The safety of children must be held with the highest regard and any attempts to normalise child abuse of any kind should have no place in our society – period."

Kardashian added that she is currently “re-evaluating” her relationship with the brand based on their ongoing response. "As for my future with Balenciaga, I am currently re-evaluating my relationship with the brand, basing it off their willingness to accept accountability for something that should have never happened to begin with, & the actions I am expecting to see them take to protect children," she said.

On Nov. 22, the label attracted widespread criticism for their photographs of children holding plush teddy bears in bondage gear, as reported by CNN. In addition to that backlash, the brand was also facing criticism over another campaign for the Adidas x Balenciaga Hourglass handbag, which featured court papers relating to child pornography Supreme Court cases, per the Independent.

“We sincerely apologise for any offence our holiday campaign may have caused,” a since-deleted statement read on their now-empty Instagram. “Our plush bear bags should not have been featured with children in this campaign. We have immediately removed the campaign from all platforms.”

They also posted a separate statement addressing the inclusion of court documents in a separate ad campaign, which as previously stated related to Supreme Court rulings on child pornography and preventing child abuse. “We apologise for displaying unsettling documents in our campaign,” Balenciaga wrote, adding that they intend to take “legal action against the parties responsible for creating the set and including unapproved items for our Spring ‘23 campaign photoshoot. We strongly condemn abuse of children in any form. We stand for children safety and well-being.”

Following the uproar, Bella Hadid deleted a recent social post promoting the label, but Kardashian didn’t speak out until Nov. 27. Last week, she donned a number of items from Balenciaga’s Adidas collaboration, posting on Instagram, as the brand came under fire elsewhere. Some thought that with the post, Kardashian was sending out a clear message after her ex-husband Kanye West was dropped by both brands following his anti-Jewish hate speech and allegations that he bullied Yeezy staff and showed employees explicit and pornographic images at work. “I think it has nothing to do with the brands. It is definitely towards Yeezy being dropped from both,” one commenter wrote. However, fans wanted to know when she would condemn the label’s recent campaigns.

Following the controversy, Gabriele Galimberti, the National Geographic photographer who shot the images of child models holding the harness-clad teddy bear handbags, issued a statement denying responsibility for the images’ contents. “I am not in a position to comment on Balenciaga’s choices, but I must stress that I was not entitled in whatsoever manner to neither chose [sic] the products, nor the models, nor the combination of the same,” he wrote on Instagram. “As a photographer, I was only and solely requested to lit the given scene, and take the shots according to my signature style.” Galimberti also added that has “no connection” to the separate campaign featuring court documents.

“Balenciaga is not taking any legal action towards Gabriele Galimberti, the photographer of the Holiday campaign, that includes a child holding a teddy bear bag. Gabriele Galimberti was not involved in any way with the Spring 23 campaign involving unsettling documents in an office,” the fashion house told Bustle. “Balenciaga is taking legal action against the parties responsible for creating the Spring 23 set and including unapproved items for that campaign photoshoot.”

Balenciaga has now filed a $25 million lawsuit (£20.7m) against ad production company North Six Inc.and set designer Nicholas Des Jardins, as per The Daily Mail. In a summons from the Manhattan Supreme Court, the label alleges that both defendants engaged in “inexplicable acts and omissions” that were “malevolent or, at the very least, extraordinarily reckless.”

This article was originally published on November 24, 2022