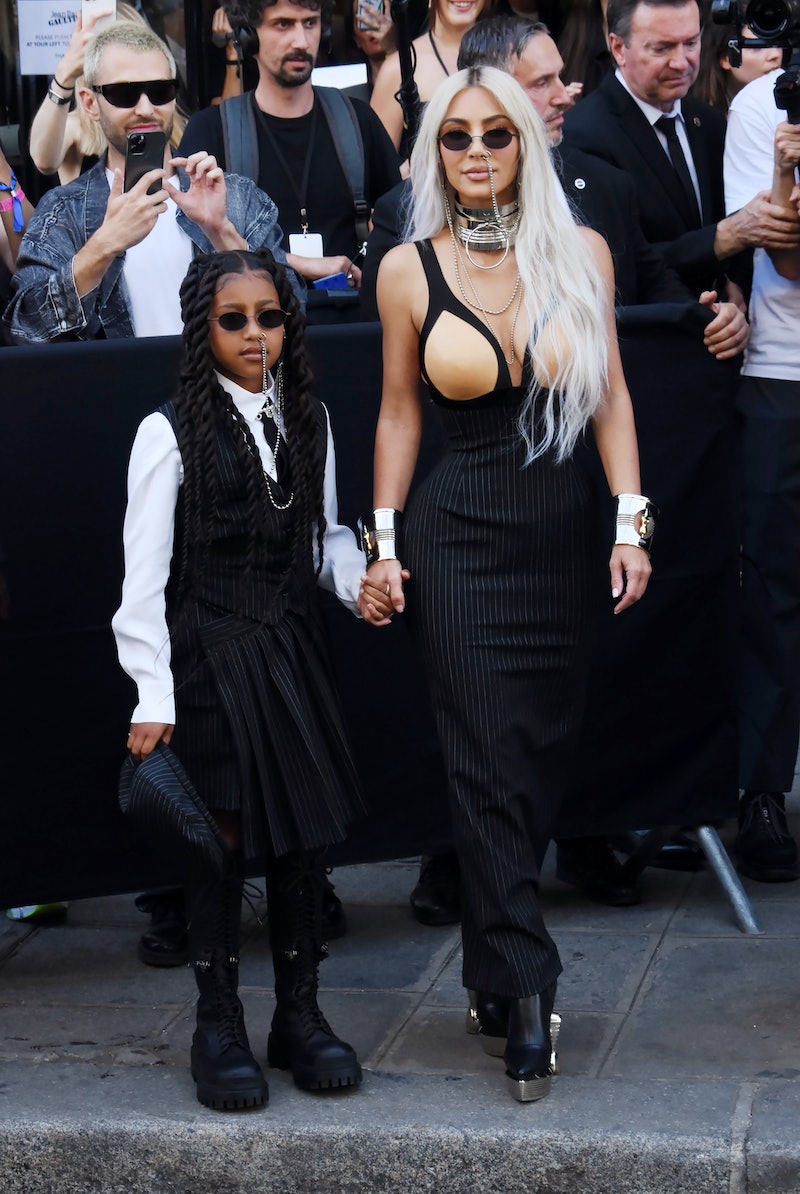 Did anyone other than Kim Kardashian and North West even attend Paris Couture Week? Idk, honestly, because the duo has been positively dominating the fashion game on all fronts. Kardashian walked in the Balenciaga runway show, while West has become the unofficial street style icon of the event. The mother/daughter duo sat front row (right next to Anna Wintour) at the Jean Paul Gaultier haute couture show on Wednesday, both wearing iconic ‘90s ensembles.

The two matched in pinstriped ‘fits; Kardashian donned a vintage Gaultier gown first worn by Madonna in 1992 (they updated the once breast-bearing dress with skin-colored bra cups), accessorizing with massive silver cuffs on every appendage. West, on the other had, went for a schoolgirl-inspired. The complete essence of cool, she updated the look with punk rock details like micro sunnies, a pearl necklace, and platform boots.

The statement piece of both outfits, however, was inarguably the faux nose ring that sparkled in each of their nostrils — complete with a chain that extended to their ears and draped down into a necklace-like feature. The look was undoubtedly striking, but some noted its resemblance to the nath, jewelry that originated in Indian culture. According to The National, Indian brides, particularly those from Hindu families, traditionally wear it on their wedding day.

The ethics of cultural appropriation are super nuanced in terms of where the line is drawn. That being said, Kardashian should be well acquainted with it by now.