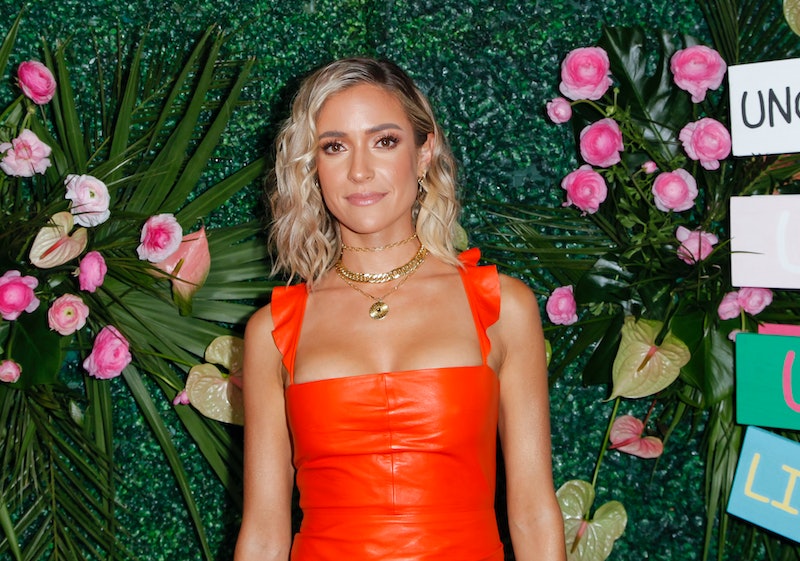 Kristin Cavallari and Jay Cutler announced their divorce in April, and now, several months later, Cavallari got a tattoo of a butterfly — a creature the star said helps her "when going through difficult times" — and posted the process on Instagram.

In stories posted to her account, Cavallari took followers through the process of getting tattooed by celebrity artist JonBoy. On the slides, fans see an inked homage to her children, Camden, Jaxon, and Saylor. The first initials of their names are strung together in delicate script along the Very Cavallari star's forearm.

She then reveals her second tattoo, a small butterfly created using overlapping, single graphic lines on the outer portion of her wrist. She also appears to make a reference to her divorce in her story caption: "Butterflies have been such a sign for me when going through difficult times."

After showing off her new pieces, Cavallari grabs the tattoo gun for herself. JonBoy allows the E! star to give him a new piece of ink, although you can't see it in Cavallari's Insta Stories. At the end of the slides, she thanks the artist in a photo of the two together as she lifts her arm, revealing the new butterfly tattoo.

More like this
Lily Collins Got Shaggy Curtain Bangs For Emily In Paris Season 3
By Audrey Noble
Halsey Debuted A Copper Pixie Haircut, & It's Such A Fall Vibe
By Olivia Rose Ferreiro
Jennifer Lopez's ‘90s Updo Hairstyle Takes Me Back To Middle School
By Olivia Rose Ferreiro
Early 2000s-Era Rhinestone Tattoos Are Back, Baby
By Jordan Murray
Get Even More From Bustle — Sign Up For The Newsletter