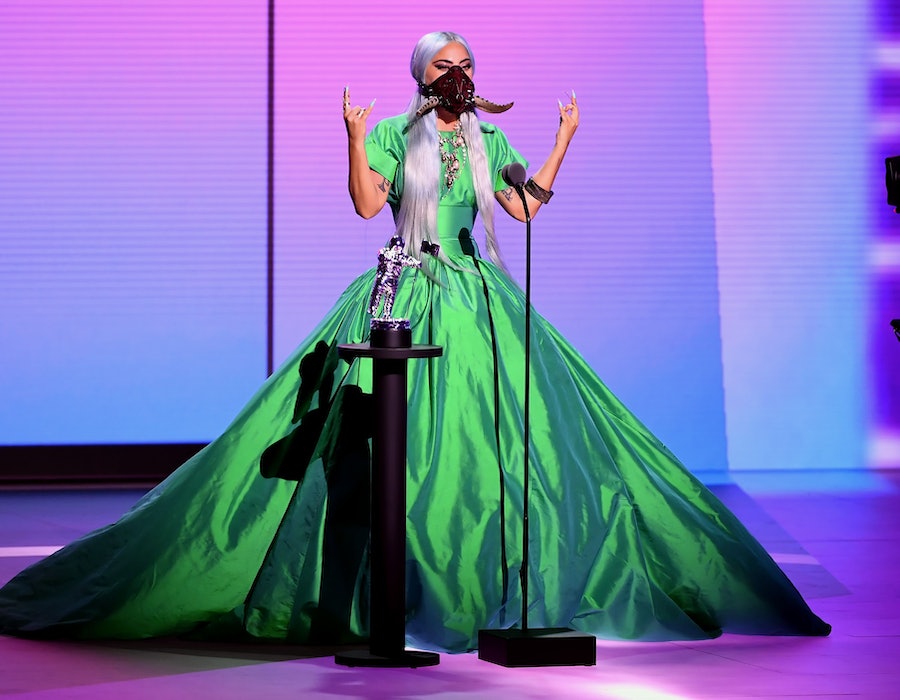 Lady Gaga was magic when it came to her fashion at the 2020 MTV Video Music Awards. The pop superstar wore a whopping eight different looks, between her multiple — yes, multiple — acceptance speeches as well as a three-song performance.

Gaga came prepared, as she was nominated for nine separate awards, seven of which were for her collaboration with Ariana Grande, “Rain on Me.”

As it’s clear that Gaga loves a theme, her looks did not disappoint. She not only kept to a modern, futuristic vibe for all nine looks, but she also wore quite interesting takes on masks and face coverings with each and every one, reminding the world to wear a masks, even with couture looks such as these.

Along with her stylist, Nicola Formichetti, she crafted a wardrobe that pulled the world out of quarantine — if only for an evening. Some of her standout looks included pieces by Christopher John Rogers, Iris van Herpen, and Valentino Couture. And she even included a hidden tribute to the VMAs themselves, by way of a moon man-inspired outfit.

Did she outdo her infamous meat dress from days of yore? You decide. Ahead, see all the looks she wore at the 2020 MTV Video Music Awards.