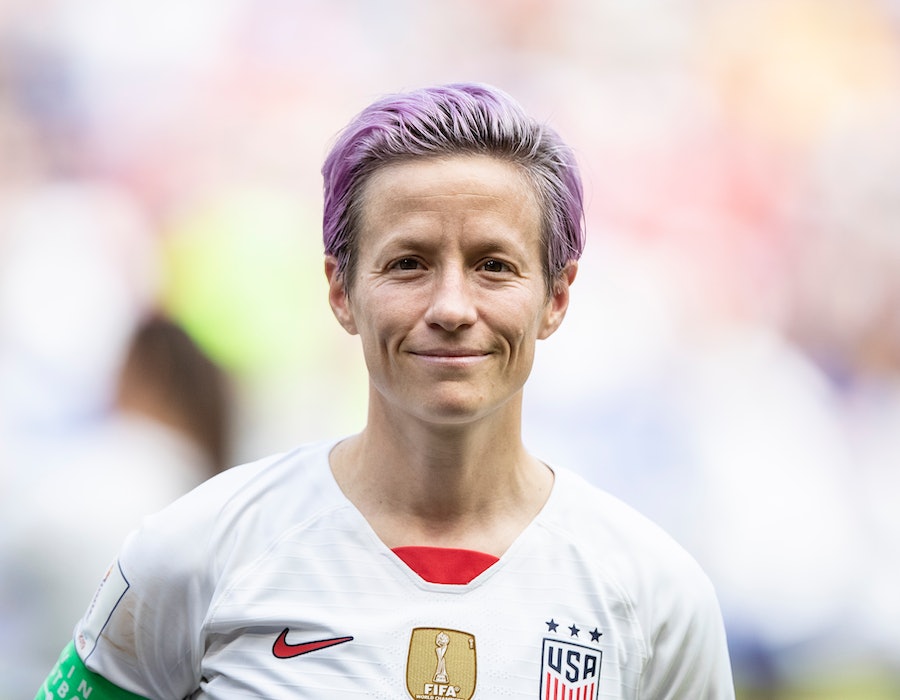 The U.S. Women’s National Soccer team made national headlines when they sued the U.S. Soccer Federation for equal pay and announced that they would not visit the White House after winning the World Cup. Now, four members — Megan Rapinoe, Christen Press, Tobin Heath, and Meghan Klingenberg — are taking their teamwork off the field and into the boardroom by creating a gender-neutral streetwear brand together called re—inc.

“We want to inspire people to reimagine the status quo in the world and in their everyday lives,” Rapinoe tells Bustle. “Fashion is really just a conduit to do this work. The streetwear world is completely male-dominated. We saw the opportunity to really break through the gender norms and have a conversation about it through our products.”

Most recently, re—inc dropped its nostalgic, summer-themed Popsicle Collection in a series of micro-capsules that together offer a casual, cool wardrobe that works for everyone. With each drop, re—inc donates a portion of proceeds to organizations that help underserved and marginalized communities.

“We try to create clothes that are about fitting you, not fitting in,” Rapinoe explains. “We want it to feel like a template for self-expression and also a uniform for anyone who wants to reimagine.”

Klingenberg says that reimagining and challenging traditional gender norms has been the driving force behind re—inc from the very beginning. “We identify as women and we’re creating clothes for people across the gender spectrum,” she shares. “That’s surprisingly unusual. The clothes range from classic feminine looks to more masculine. We like to mix it up, and see that most people in our generation feel the same.”

Ahead, the World Cup champs walk us through some of their favorite pieces from their latest collection.