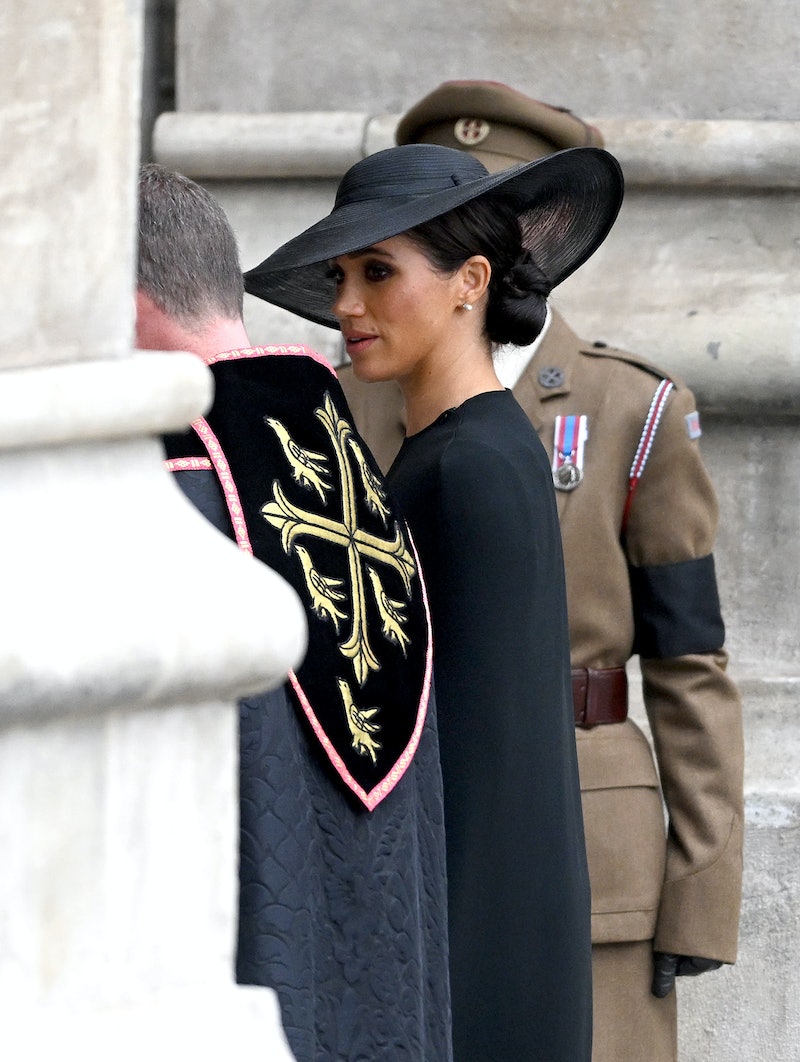 On Sept. 19, the Duchess of Sussex joined other members of the royal family for Queen Elizabeth II’s state funeral at Westminster Abbey, walking in the procession behind the Queen’s coffin alongside Prince Harry. Around 2,000 heads of state, dignitaries, and invited members of the public attended the service, which will be followed by a private one for the royals at St George’s Chapel at Windsor Castle.

Meghan Markle stuck to a familiar outfit, an all-black caped dress by Stella McCartney, for the state funeral service, topping the look with a wide-brimmed hat. Markle wore the same Stella McCartney dress in navy blue to a 2018 concert marking the Queen’s 92nd birthday at the Royal Albert Hall. The high-neck black dress fell below the knee, satisfying the royal dress code which states that ladies wear black knee-length dresses or coats.

Markle also let her jewellery do the talking in tribute to the Queen, wearing a set of pearl and diamond earrings that were reportedly gifted to her by the late monarch herself. The duchess also wore the same pair of earrings at the lying-in-state ceremony on Sept. 14. Jewellery expert Alexandra Mitchell previously told Hello! that pearl and diamond earrings were a personal favourite of the Queen and that she’d often gift them to her family. “There is a chance these were given to Meghan by the Queen herself, which for Meghan is a poignant gesture on her part; to wear them during the Queen’s procession,” Mitchell explained.