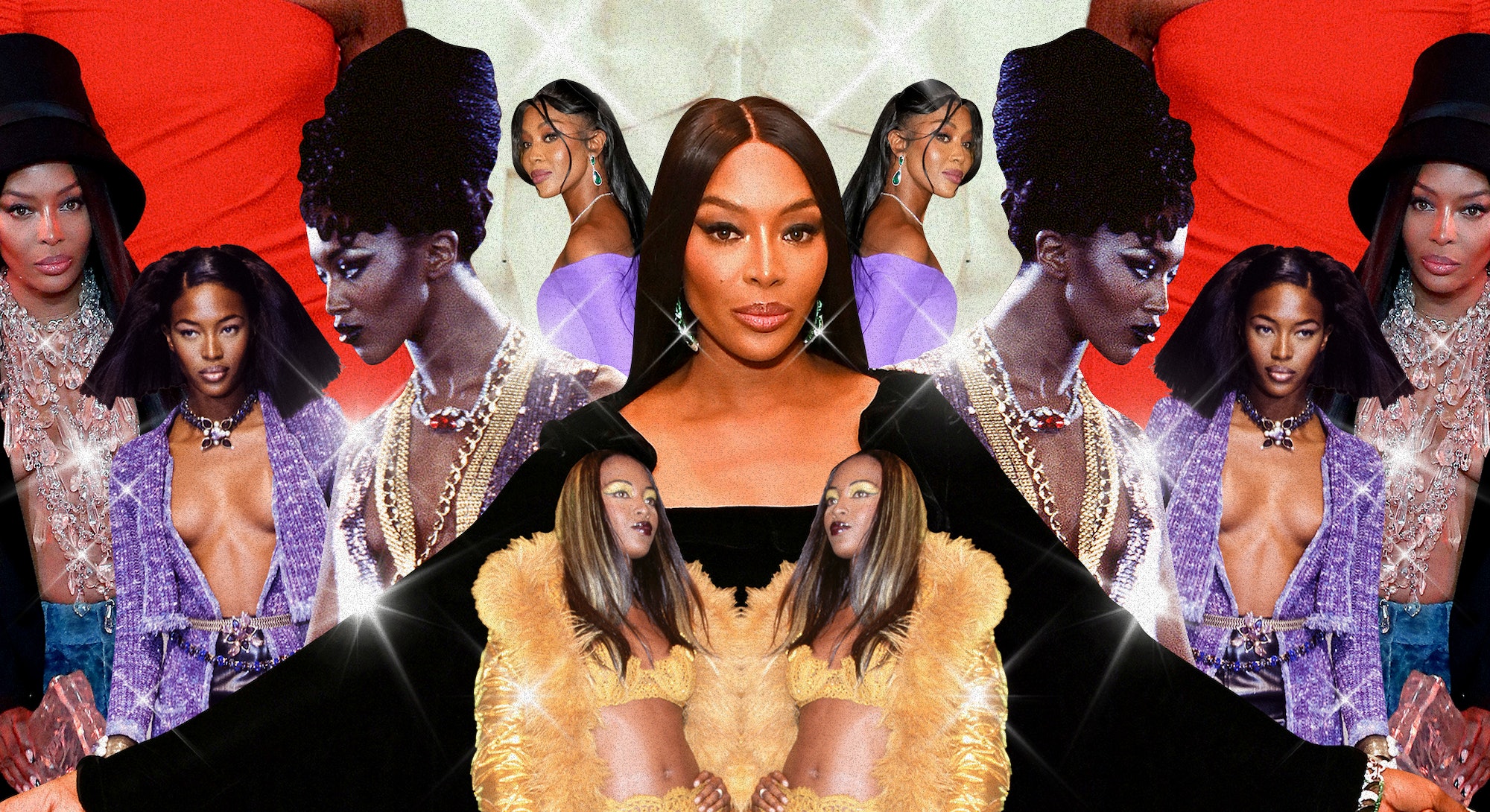 The year was 1998, and Naomi Campbell was organizing a fashion show. The British supermodel arguably had reached mononymity, as had her coterie of long-legged peers — Cindy, Christy, Linda, and Kate — and they were putting their fame to good use. Campbell, nearing her 28th birthday, invited 70-some models, designers, and backstage artists to Cape Town, South Africa. The occasion? A tribute to the late Gianni Versace, whose murder the previous summer has shaken the industry and in particular Campbell, who’d adored the late designer. In South Africa, they’d present his final ready-to-wear collection to raise money for the Nelson Mandela Children’s Fund.

It was a celebratory event spurred by sorrow, a dissonance that Campbell carried with her into age 28. “I felt like I couldn’t keep up with the grief,” she later told Oprah Winfrey of that period.

People who know Campbell talk about her insistent forward motion — a determination to pursue new projects, travel broadly, and look ahead. It’s perhaps part of what kept her afloat in 1998, and certainly why she remains at the top of her game decades later. (See: the March 2022 British Vogue cover, in which she holds her infant daughter.)

I didn’t think about money. [Laughs.] I just was traveling the world, going from one job to the next.

This fall, Campbell returns to a brand she’s worked with since her early 20s: H&M. As part of its fall-winter campaign, she stars in a Parisian-inspired video from Bardia Zeinali, donning looks from its fall line of sensible trenches, knits, and pleated miniskirts. “We had such a fun day, and Bardia is really great to work with,” Campbell tells Bustle of the May shoot. “He’s very clear in what he wants, and I love people who work that way. And he keeps it fun. I mean, it’s work, but we had a great ambiance on set, and that comes from the director.”

Below, she reflects on the brands and communities that buoyed her spirits in 1998.

Take me back to age 28. What was that period like for you?

Twenty-eight was hectic, fun, running around the world working. [I was] heavily involved in my work with Nelson Mandela, creating a show in South Africa for the Nelson Mandela Children’s Fund as a tribute to Gianni Versace, bringing 70-something people from New York to Cape Town.

That was 1998. The year before we lost Versace, Diana, Michael Hutchence. So 1998 was a great year, but it was sad with loss.

Do you think that loss affected fashion and how people expressed themselves?

When I think back to the shows we were doing then, I remember lots of color and characters.

And what was Nelson Mandela like when you first met him?

He was like sunlight. He had an amazing energy, very embracing, humble, and wise. I’d never met anyone like that before.

And he called you his honorary granddaughter. Why do you think you connected with him so well?

I really don’t know. It’s a question I used to ask myself. I’m just very grateful I got to spend 20 years with him and [got to] know such a great man of honor.

Who else were you spending time with in 1998?

I’ve used your pre-flight cleaning routine for all of my trips recently. Was that something you developed in the ’90s or more recently?

I started wearing masks when I went to Japan. I’d been to Japan before ’98 and was so inspired seeing how people wore masks in the street.

What else was inspiring you in the late ’90s?

Music, oh, my God. Rock, pop, reggae, classical, hip-hop, R&B. I just loved music. I’d go to concerts all the time. The music was incredible, coming from all corners of the world. One of the ones that had a big impact on my life was when I was 14 years old and I went to the Live Aid concert. I got to see such an array of talent. It’s something I’ll remember for the rest of my life.

Who did you get your music recommendations from?

Just from my ear. I liked what I liked. In my household, obviously with the Jamaican background, we grew up with Bob Marley. But [I’d also listen to] Michael Jackson. Prince.

In terms of your style, what were your favorite textures or designers to wear?

I was an Alaïa girl and I wore a lot of Alaïa, Versace, Galliano, Marc Jacobs, Vivienne Westwood. Rifat Ozbek. Chanel. I was also a big vintage collector. Comme des Garçons. [Jean Paul] Gaultier. I loved fashion. I loved dressing up.

I used to wear H&M and did one of the first H&M commercials. These pieces [in the new collection] are easy everyday looks, like a shirt, pants, jeans.

Are there any trends you regret in hindsight?

Today it’s OK, but I remember wearing a dress with sneakers once and I got ridiculed for it. I wore what I felt comfortable wearing, whether it was something mixed with an Indian sari or a vintage jacket from the ’30s. There was no uniform. Obviously everyone knew I was Azzedine’s daughter, but I’d make stuff up all the time.

What did a typical Friday night look like for you?

It depended on what country [I was in]. I liked to have dinner with friends or go out to the movies or concerts. The most important thing was just coming together with people I loved and sharing a meal together, supporting each other and being loyal to each other. Nothing complicated.

What were some of your favorite restaurants, both places that are still open and that aren’t anymore?

Oh, my God, there was 150 Wooster. Indochine is still going. Balthazar. Odeon is still there. Mr. Chow is still there. Brian McNally pretty much had New York in the palm of his hand in terms of restaurants at that point, so I’d always go to one of his restaurants.

How late would you normally stay out?

Depends if I had to work the next day or not, to be honest. But in your 20s, you’re supposed to go out and enjoy yourself. Really. There wasn’t a time limit. Especially coming from London, where at the time things would close at a certain time, New York seemed like Disney World.

How’d you think about money at that time?

I didn’t think about money. [Laughs.] I just was traveling the world, going from one job to the next, but enjoying what I was doing.

What about love and relationships?

I didn’t really think about love and relationships. I mean, I was just on the go, and my personal life [was on] the back burner. I was on a plane four times a week, you know?

Self-care is always so important, in terms of not burning yourself out and knowing the time to stop and take breaks. No one teaches you that.

How did you set boundaries so you could find some balance?