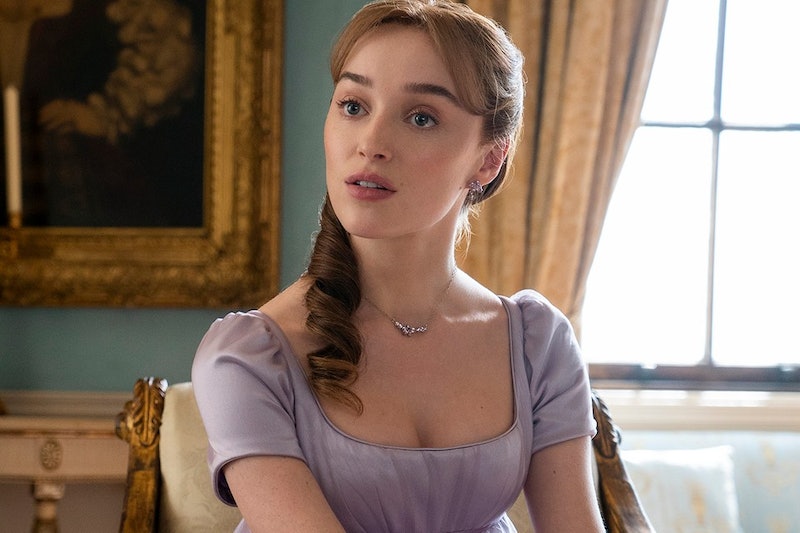 Whether you know Manchester actor Phoebe Dynevor best from Waterloo Road or Bridgerton, it’s likely you’ll be familiar with the fact she’s been rocking copper hair as of late. For her portrayal of Daphne Bridgerton in the hit Netflix drama, she miraculously pulled off a very short, blunt fringe. But Dynevor has since changed her locks, and she took to social media to unveil the dramatic new transformation.

Alongside a series of snapshots of her recent travels, Dynevor revealed her short, shaggy dark brunette hairdo, complete with a fringe. Although viewers had to swipe to see her makeover, they were quick to comment on the actor’s revamp. “You and this hair. Divine,” wrote Emily In Paris’ Ashley Park.

Dynevor is reportedly on holiday in Egypt, though it’s rumoured she’ll return soon to film Bridgerton Season 3 this summer. If teasers posted by Dynevor’s co-stars Nicola Coughlan and Jonathan Bailey are anything to go by, the period drama’s third installment is already in production — though who knows how her brand new hairdo could fit into things. Perhaps it’s for another role? We’ll have to wait and see.

An early teaser clip for Season 3 meanwhile reveals that Dynevor isn’t alone in enjoying a makeover. Coughlan appears to be partially in-character in the clip as Penelope Featherington (minus the crocs and COMME des GARÇONS hoodie, we’re assuming) but has traded last season’s natural makeup look for a glamorous smokey eye. The perfect new image for Lady Whistledown as she attempts to shake off her crush and find a husband.

“Like Lady Whistledown, I have been keeping a secret for quite some time and I can confirm to you all that Season 3 is Colin and Penelope's love story,” Coughlan revealed at Netflix’s ATAS panel in May 2022. “I have kept that secret since two weeks into Season 2. This is the first time I am saying it, here."

More like this
The Body Shop’s New Range Has More Antioxidants Than Retinol
By Justine Knight
The Chicest ’90s Updo Hairstyles To Try
By Paris Giles
Lily Collins Got Shaggy Curtain Bangs For Emily In Paris Season 3
By Audrey Noble
Halsey Debuted A Copper Pixie Haircut, & It's Such A Fall Vibe
By Olivia Rose Ferreiro
Get The Very Best Of Bustle/UK